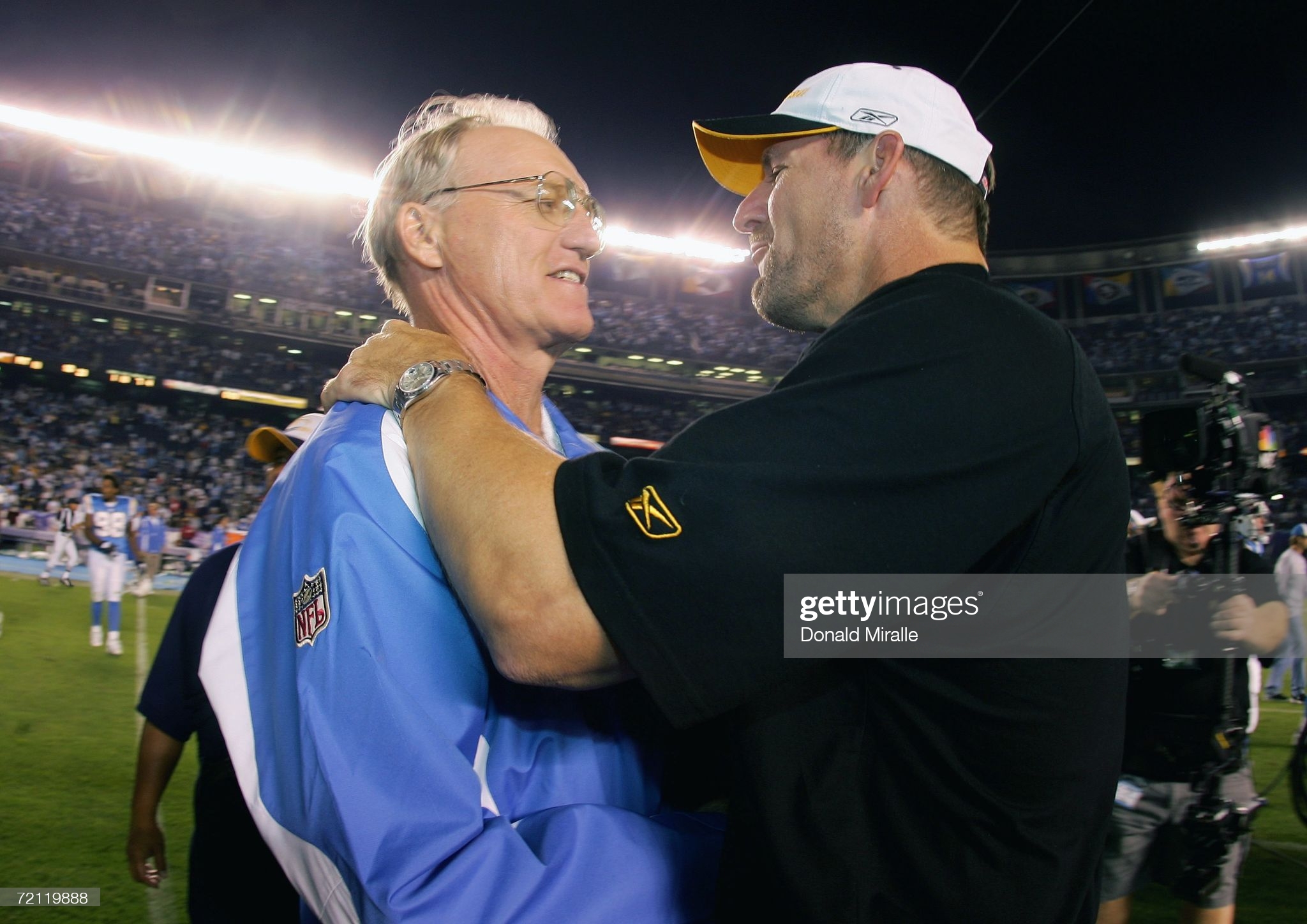 Pittsburgh Steelers head coach Bill Cowher did just that Saturday night, stumping for his mentor Marty Schottenheimer, the former San Diego Chargers, Kansas City Chiefs, Washington Football Team and Cleveland Browns head coach who puzzlingly remains outside of the Hall of Fame despite winning 205 career games in the NFL while posting a near-.600 winning percentage in the NFL.

Schottenheimer served as the defensive coordinator in Cleveland when Cowher was a special teams player and linebacker for the Browns from 1980-82. Later, Cowher coached under Schottenheimer in Cleveland and Kansas City before the Rooney family hired him as head coach of the Steelers at age 34 in 1992.

“Marty was the only head coach I ever worked for,” Cowher said. “He taught me how to play and how to coach. He won a lot of games and has 14 assistants who went on to be head coaches, and four of them won Super Bowls.”

Schottenheimer died in February at the age of 77. Though he has not received much Hall of Fame buzz largely due to his lack of a Super Bowl ring, let alone an appearance in the Super Bowl, that may change following Cowher’s emotional, heartfelt push for Schottenheimer to join him in the Hall of Fame.

“This man has not only influenced the game, but he’s influenced anybody who’s every played for him, coached with him, or coached against him. I speak on behalf of so many,” Cowher said. “Marty, you did so much for so many for so long. One day, you will be in the Hall of Fame.”

One day, Schottenheimer should be voted into the Hall of Fame. You don’t win more than 200 games in the NFL at a near-.600 clip out of sheer luck. Schottenheimer was a tremendous coach for more than 20 years, and though he doesn’t have the ring or the overall accolades to force his way in, you can’t tell the history of the NFL without one Marty Schottenheimer. In 20

Kudos to Cowher for taking time out of his moment to thank Schottenheimer, his wife, Pat, and his daughter, Kristin, who Cowher said played an instrumental role in him landing the job in Cleveland as a defensive coordinator.