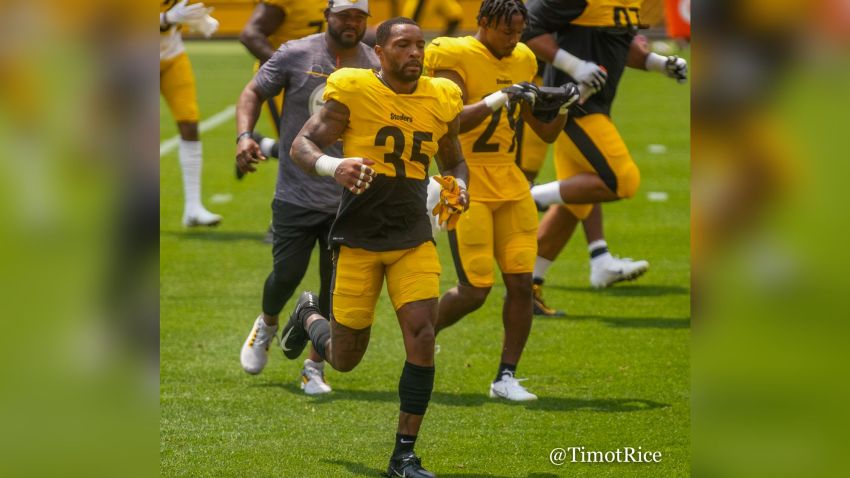 There was a day last week during which several Pittsburgh Steelers players and coaches spoke to the media, and the team’s website never covered any of it. One of the players interviewed as Antoine Brooks Jr., the second-year defensive back competing for the nickel role, as well as his secondary coaches, including Grady Brown.

Without access to those interviews, it’s hard to piece together much, but there was at least one article from 93.7 The Fan last week that talked a bit about Brooks and his relationship with Arthur Maulet, the fifth-year free agent signing who is his primary competition for that slot role.

“That’s my big brother”, Jim Colony quotes Brooks as saying of Maulet, even though the latter has only been with the team for a couple of months, and he has a year on him. Maulet has logged about 800 defensive snaps over the past two seasons, primarily in the slot, for the New York Jets, so he has the edge in experience, but Brooks knows the defense.

The Maryland product also would not speak of the battle for the slot job in competitive terms, understanding that it’s all about team. “I appreciate him. He helps me, I help him, (we) tell each other about everything. It’s not really a competition right now. We’re actually family first and we’re going to ride this thing out”.

The Steelers are in the market for a new starting slot defender because Mike Hilton, the man who fielded that role for the past four seasons, moved on in free agency, signing a four-year contract with the Cincinnati Bengals, now playing with the man he believes to be the best safety in the NFL—even better than Minkah Fitzpatrick.

Brooks didn’t get all that much time with Hilton last year, given the limitations they were bound by due to the pandemic, which included the absence of any spring practices and no preseason, as well as physical distancing requirements and virtual meetings during the year, but he tried to get what he could from the veteran, whom he calls “my OG”.

He’ll get his first real chance to show his coaches, and himself, that he’s up to the job, because he’ll be starting the Hall of Fame game tonight as the first-team slot defender in the nickel defense. And while he’d like to hold onto the job, he sounds like he’d be happy for Maulet if it happens to go to him as well.