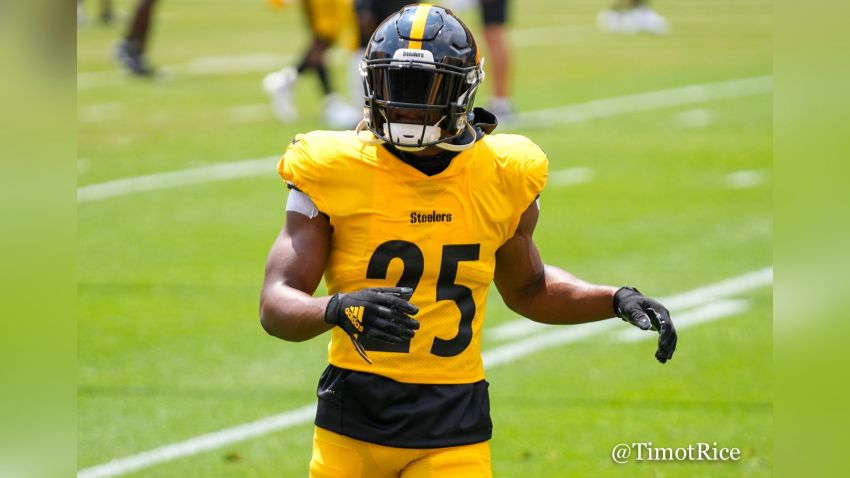 After the Pittsburgh Steelers drafted Antoine Brooks Jr. out of Maryland last year, they referred to him as half a safety, half a linebacker. Now they’re looking at him as a slot cornerback, potentially their starter there. As you would imagine, that requires a shift in your physique.

Coming into the league at around 220 pounds, he told reporters last week when speaking to the media that he has dropped significant weight over the course of the offseason, and now hovers between 200-205 pounds, which is a more typical weight for a slot defender.

Steelers second-year DB Antoine Brooks Jr. said after practice he is down nearly 20 pounds from his college weight. Was 220 said he’s hovering around 200-205 at start of camp. #Steelers

The 2020 sixth-round pick is the leading candidate to succeed Mike Hilton in the role of slot defender this year after the latter departed in free agency, signing with the Cincinnati Bengals on a four-year deal that was worth $24 million. But the second-year man still has a long way to go.

Brooks spent the majority of his rookie season on the practice squad, and only played a couple dozen snaps on defense. That opportunity only arose because they had multiple players in the secondary unavailable at the time.

Of course, he was also a rookie coming into the league in the middle of a pandemic. He did not have any in-person team work until training camp, and there was no preseason at all, so it wouldn’t be surprising for him not to be ready.

It also wouldn’t be surprising for the coaches to lack knowledge of where they think his body should be, since they couldn’t get their hands on him until late in the process. Now, following a full regular season slate, they went into this offseason with a plan about what they wanted to see out of him.

So far, he has been delivering on that plan, though the reality is that we haven’t even gotten into a stadium yet. Most of what the coaches have seen have come in venues to which we as outsiders do not have access—not even preseason tape yet.

The Steelers do have alternative options if Brooks ultimately doesn’t work out. They are also running veteran Arthur Maulet in the slot in competition for the job, and he has experience there in previous stops. Cameron Sutton can always slide inside as well, even if it is a scenario that they are trying to avoid.

Last season, when Hilton missed time, the Steelers did actually bring another linebacker on the field in a certain sub-package that featured Alex Highsmith as an extra defender, so perhaps it’s not so far off the mark when they called Brooks half a linebacker. But he’s now a linebacker whose weight is more in line with the position he’ll be playing.