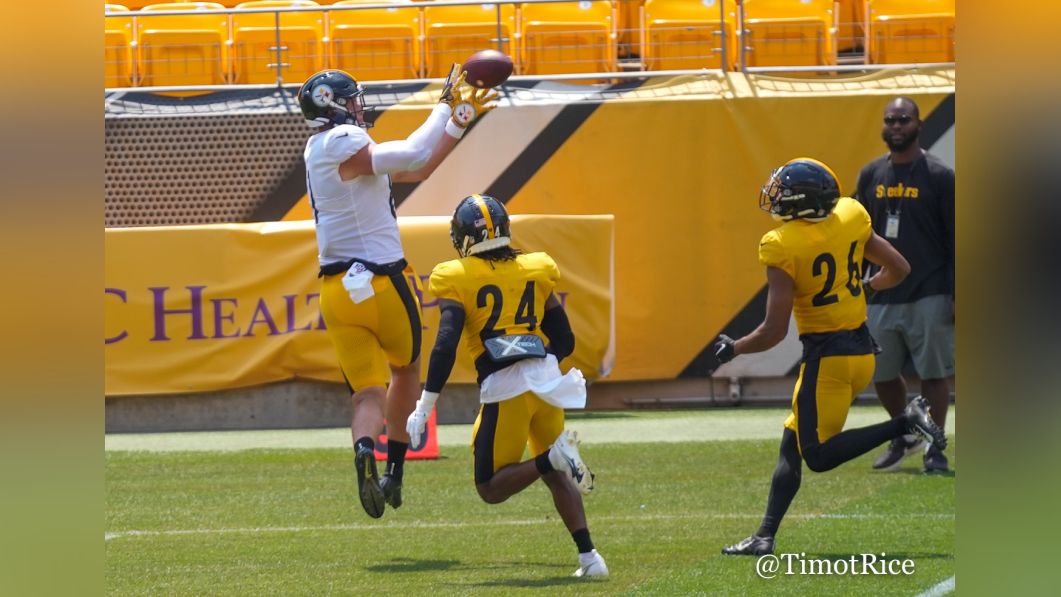 One of the things that head coach Mike Tomlin really likes to emphasize is position versatility, especially in the secondary, and that’s what we’re seeing a lot of this year. In fact, the first two names on this list, Arthur Maulet and Antoine Brooks Jr., are actually listed as slot defenders on the depth chart, so it’s not even clear if they should be listed here with the safeties.

But lacking specific knowledge, the responsible thing is to cast a wide net, and these are all the likely candidates who will be competing for anywhere between perhaps two to five roster spots, depending upon what the cornerback position looks like and how versatile the players who make the cut are.

For example, Brooks could be considered both a slot cornerback and a safety if he makes the roster. The same with Maulet, and Tre Norwood, the rookie seventh-round pick, as well. Lamont Wade, the college free agent, is yet another defender on the back end who is slot-capable.

Then there’s Miles Killebrew, the most experienced player of the lot, barring perhaps Maulet, but the latter’s experience has primarily come in the slot. Killebrew has a background as a hybrid player as well, playing both safety and inside linebacker (something the Steelers did with Marcus Allen, who’s moved to the middle of the defense now).

Killebrew and Norwood are listed as the second-team safeties on the depth chart, and I do think they’re inside the bubble at this point, along with Brooks and Maulet, to make the team, behind the secondary locks: Terrell Edmunds and Minkah Fitzpatrick at safety, and Joe Haden, Cameron Sutton, and James Pierre at cornerback. There is still room for another cornerback, with Justin Layne and Stephen Denmark being perhaps the two most likely possibilities.

Who, though, would be the first player off the bench in the event of injury, and would it differ depending upon who was injured? Last season, the Steelers had Sean Davis as their backup safety, who had experience starting both at strong and free safety in their system. Almost everyone in camp now is new to them, Brooks, a second-year player, being the only exception.