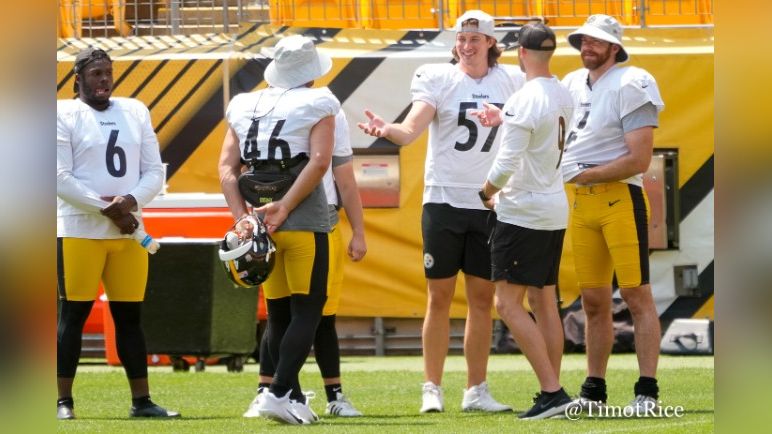 This is not the most exciting battle on the agenda for the summer, but head coach Mike Tomlin did declare every job open for competition, and the Steelers do have two long snappers on the 90-man roster. They also have two kickers, but, no, Sam Sloman isn’t realistically going to challenge Chris Boswell.

At least by rights, Christian Kuntz should be able to challenge Kameron Canaday for the long snapper job, because, frankly, Canaday is not really an above-the-line starter. As we’ve looked at in the past, his accuracy in terms of ball placement is certainly no better than average. He rarely records any tackles,  but hasn’t been immune to penalties, either.

He is the sort of long snapper who doesn’t struggle enough to seriously look for an alternative, but which you would not pass up if you’ve found one. And this is now the third season during which Kuntz has been with the Steelers in some form or another, including some time on the practice squad in 2020.

Also an outside linebacker, if he were able to unseat Canaday as the long snapper, it is likely that he is more likely to be able to contribute as a coverage player on punts. It’s not a requirement for long snappers, but it doesn’t hurt if you have this in your arsenal.

Back in 2019, when he was with the Steelers in training camp, he did take some preseason reps at outside linebacker. Kuntz could, at least in theory, offer some position flexibility. But in order to make the team, he is going to have to show that he can consistently deliver accurate balls to either Jordan Berry or Pressley Harvin III, depending upon who the punter is.

The fact that there’s a good chance the team will have a new punter (Harvin was a 2021 seventh-round pick) perhaps makes it more palatable, or less unpalatable, to simultaneously make a change at long snapper as well, if it is what they deem best for the group as a whole. The long snapper-punter rapport is important, but if one changes, both might as well change. It will be interesting to see how much preseason work Kuntz gets.