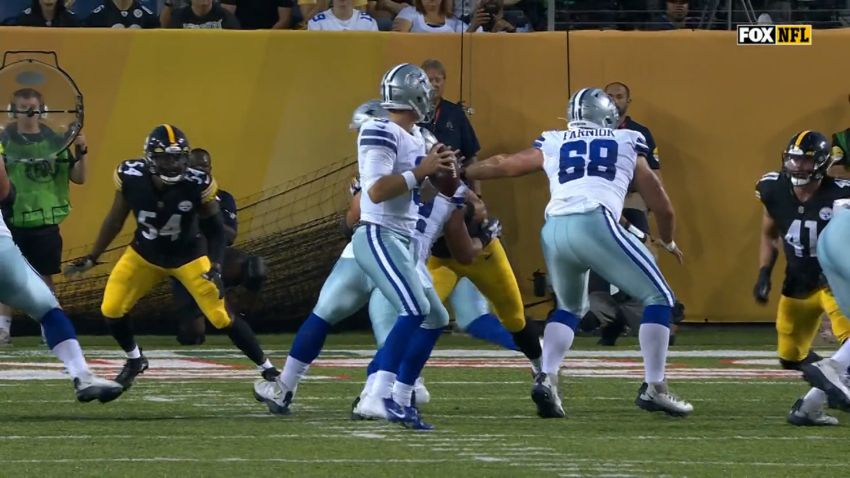 Vince Williams’ decision to retire made it very clear who will be starting at inside linebacker for the Steelers this season. After that, there are still questions to be answered. How much stock should we put into the fact that, for example, Ulysees Gilbert III started next to Spillane on Thursday night, with Bush sitting out?

After Spillane and Gilbert checked out, as you would expect, in came Marcus Allen and Buddy Johnson, the latter a rookie, with the former in his second season since converting to linebacker from safety. Calvin Bundage and Tegray Scales did not get into the game until late.

As for Gilbert, well, it’s certainly not a bad sign to start a game, but he is also clearly the most experienced linebacker of the group, given Allen’s status as a former safety, so it could have been out of deference to his experience. And then there is his injury history.

Allen figures to have an inside track for a spot on the team based on his establishing himself as a special teamer last season, logging more than 200 snaps in that phase last season, but he still has to show some progress as an inside linebacker.

Scales was on the practice squad last season, and did get called up when there were injuries late in the year. Bundage, a rookie, was noted by head coach Mike Tomlin after the game for showing up on special teams, recording two tackles on kickoffs inside of the 25-yard line.

The inside linebacker position very frequently features five players. In very rare instances in which special teams is clearly a factor, we could even see six, but given a player like Miles Killebrew (technically listed as a linebacker on the roster, but as a safety on the depth chart), that’s not going to happen this time around.