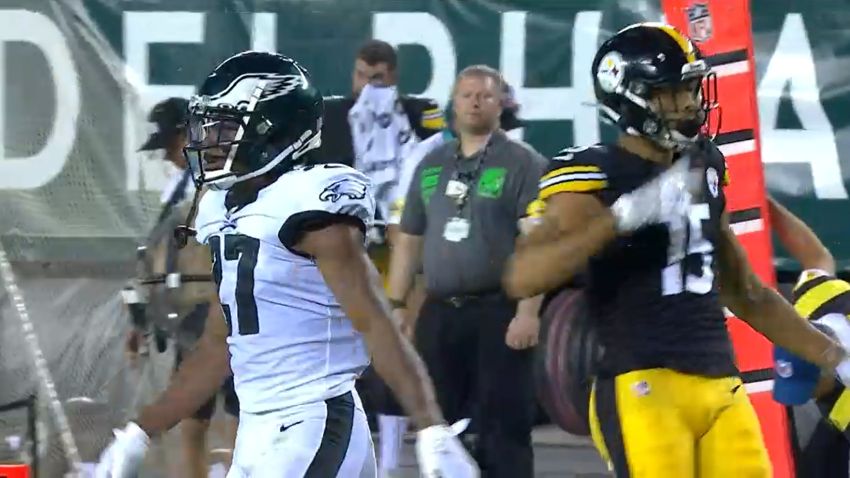 Reasoning: The first-year wide receiver was very active in last night’s game against the Philadelphia Eagles after missing time during training camp, including the first preseason game, due to injury, keeping himself in the conversation for possibly convincing the Steelers to carry a sixth wide receiver.

Before last night’s game, I offered a Buy or Sell segment posting the statement that one of the depth wide receivers on the 90-man roster would put forth a strong case for making the Steelers think about carrying a sixth wide receiver into the regular season.

Cody White, I think, came the closest to making such a statement, even if his final stat line might night necessarily look spectacular. But he made multiple significant catches and showed reliable hands, while also being active without the ball. That is something the Steelers are possibly putting a greater emphasis on this year.

The first-year man came up big on the Steelers’ final, scoring possession of the first half, including back-to-back receptions, the first a three-yard pickup on 2nd-and-3, followed by an 18-yard catch to put the ball on the six-yard line.

Later, in the middle of the second half, he would bail out Dwayne Haskins again with a six-yard catch on 3rd-and-6. Late in the fourth, as the Steelers looked to close out the game, he had back-to-back receptions of seven yards and five yards, on 2nd-and-11 and then 3rd-and-4, respectively.

Two third-down conversions, one ‘chunky’ play, and an overall solid body of work is a good night for a young wide receiver. Under normal circumstances, the Steelers might have waived a player like White with an injury. But they liked him, and wanted to see him get back on the field, so they waited and let him heal.

He’ll have to do more to find a roster spot. But now that he is back in the action, he should have those opportunities. He also has challenges from others like Anthony Johnson, who, like White, spent time on the Steelers’ practice squad last year, for a sixth receiver spot that may or may not even exist.