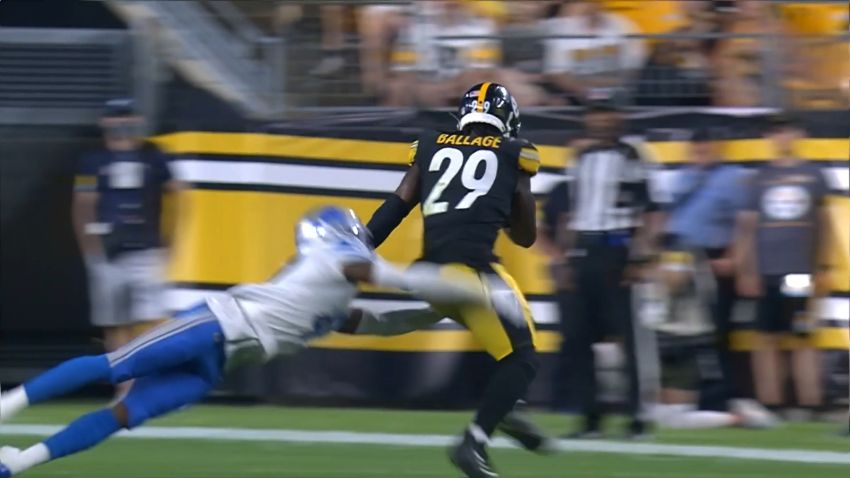 Reasoning: The veteran running back has positioned himself to make the 53-man roster after returning from injury and playing well—and on special teams—during the Steelers’ third preseason game.

While searching for answers in improving the run game, one will eventually arrive at, as one possible solution, at change in the backfield. The Steelers finished with the 32nd-ranked rushing offense last season, and since then, they have sought to make changes, not just at the running back position, but on the whole, including the coaching staff.

While Najee Harris was the crown jewel in their offseason overhaul as a first-round running back, they did add another notable runner from the outside, signing free agent veteran Kalen Ballage to a contract. After missing some time due to injury, he returned last night, and perhaps helped himself more than any other player did.

The fourth-year running back rushed for a game-high 30 yards on seven carries, and he also caught two passes for 17 yards, adding a special teams tackle as the cherry on top. He showed power, he showed some burst, and he showed that he is worth of a spot on the 53-man roster.

The Steelers will still have some decisions to make, as they have potentially five rosterable running backs on their hands and only four spots for them, but taking in his performance from the two preseason games in which he has played, I think most would assess that he is now inside the bubble.

That was always likely to be the case in a scenario in which the Steelers opted to carry four halfbacks, as they did last year, but that’s not a guarantee. Should they decide to carry only three, then he would almost surely have to unseat Benny Snell for a roster spot. In that scenario, right now, I think that he would, though I’m not the one who makes the roster (as we all breathe a sigh of relief).