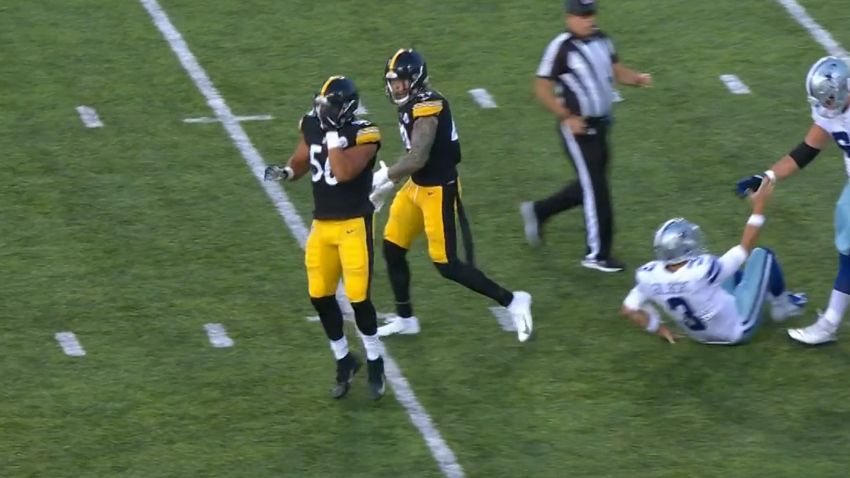 Reasoning: The second-year outside linebacker has been unrelenting since training camp opened, making sure that everybody knows the starting job is his, despite the Steelers bringing in veteran Melvin Ingram to supply depth for the group.

I don’t know that there is anybody in the world who gets more excited about people doing something for the second year in a row than head coach Mike Tomlin does of watching his second-year players line up and take the field.

But when you have guys like Alex Highsmith and Chase Claypool and Antoine Brooks Jr. flashing the way that they have been entering year two, it’s hard to find fault in that excitement. These ‘lap around the track’ guys are positioning themselves as significant contributors this year, having grown significantly form their rookie season.

That’s been no more prominent in anybody but Alex Highsmith, the third-round outside linebacker, who has had a great training camp so far, and who performed well in the preseason as well, a showing that included a key redzone sack that helped kill a Dallas drive that began with good field position following an offensive turnover.

The Steelers put the pressure on him, whether by design or happenstance, when they signed Melvin Ingram to add depth to the outside linebacker room just as training camp was about to get underway. A three-time Pro Bowler is not the new addition you want to see if you’re a guy in Highsmith’s position, but he doesn’t seem like somebody who has ever shied away from a challenge.

Despite coming out of a small school and having only limited playing opportunities on the edge in college, Highsmith came in surprisingly polished for a rookie who was deprived of a full offseason. That dedication to detail in the classroom is what allowed him to be an early contributor, and is helping position him to make the jump to full-time starter so early in his career.