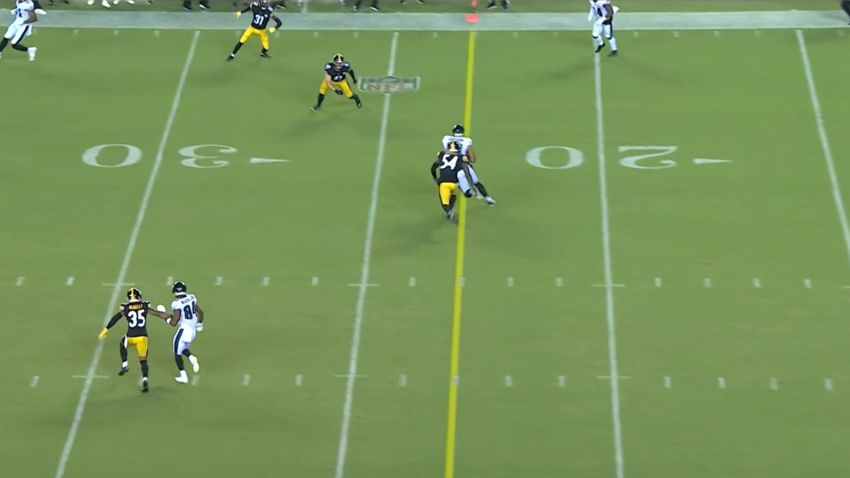 Reasoning: The third-year inside linebacker has struggled so far through two preseason games, and with the impending acquisition of Joe Schobert, he could very easily be looking to compete for a practice squad spot, rather than a place on the 53-man roster.

Ulysees Gilbert III put together one of the more impressive preseasons for the Steelers in 2019 that we have seen in recent years, as a sixth-round rookie out of Akron. He has, since then, failed to live up to that early promise, now even in the preseason.

There was no exhibition period last year, of course, and he played very sparingly during the 2020 regular season. When an opportunity finally arose for him to get on the field, a recurring back injury saw him land on the Reserve/Injured List twice.

Now reportedly healthy, in his own words, he has been looking to re-establish himself. His play on the field through two preseason games has fallen short of that. The selection of Buddy Johnson in the fourth round, in spite of the fact that they had already re-signed Vince Williams at that point, was not a vote of confidence in his favor.

Now they’ve added—or will add—veteran former Pro Bowler Joe Schobert, which knocks him down a peg further. With roster spots basically guaranteed already for Devin Bush, Robert Spillane, Schobert, and Johnson, they will only carry one more, at most.

And last year, it was Marcus Allen who dressed over Gilbert, for special teams purposes, which is critical for any fifth linebacker. Even though Gilbert played 150 snaps on special teams as a rookie in seven games, he was not favored for that role last year. He’ll have to convince his coaches that he can be a difference-maker in that phase. He did have one special teams tackle, but it will take a lot more convincing.