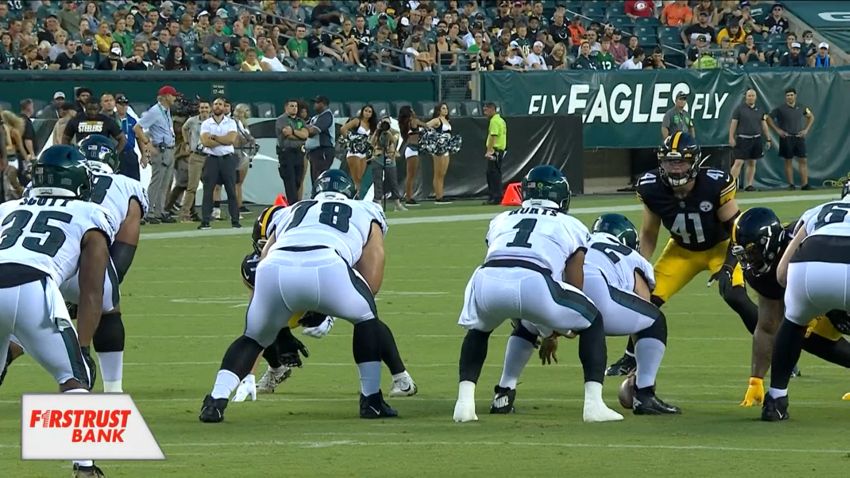 Reasoning: Robert Spillane is being demoted from starter to reserve following the Steelers’ trade for Joe Schobert. He has also put some bad snaps on tape during the first two preseason games.

A lot of the excitement that was there for Robert Spillane and his future a couple of months ago has since waned over the course of the last few weeks, and has now been put on hold. The former college free agent out of Western Michigan was slated to enter the starting lineup, but that is no longer in the cards with the Steelers’ acquisition of Joe Schobert.

Originally signed as a Reserve/Future player in 2019, Spillane showed enough during the preseason that year to make the practice squad. When Ulysees Gilbert III suffered a back injury midseason, he was called up and found a home on special teams.

He entered the 2020 season as the Steelers’ top backup behind Devin Bush and Vince Williams, but took over a starting role after Bush was injured in Week 6, before succumbing to a knee injury of his own after seven games.

The general reception to his play was positive, with optimism that he could be even more successful one the field with Bush while playing the buck position, rather than being asked to play the mack next to Williams. That was the plan up until recently, apparently, but plans changed.

Whether the Jacksonville Jaguars tossed out the bait or the Steelers initiated everything has been left somewhat vague, the bottom line is that Schobert, a former Pro Bowler, is now in Pittsburgh, and is obviously going to be in the starting lineup.

That news trickled in shortly before the team’s second preseason game on Thursday, and neither Spillane nor Gilbert looked particularly comfortable on the field afterward. But Spillane has put together a couple of good practices since then, hinting at the fact that he should respond to this only with a gritty determination to succeed under any circumstances.