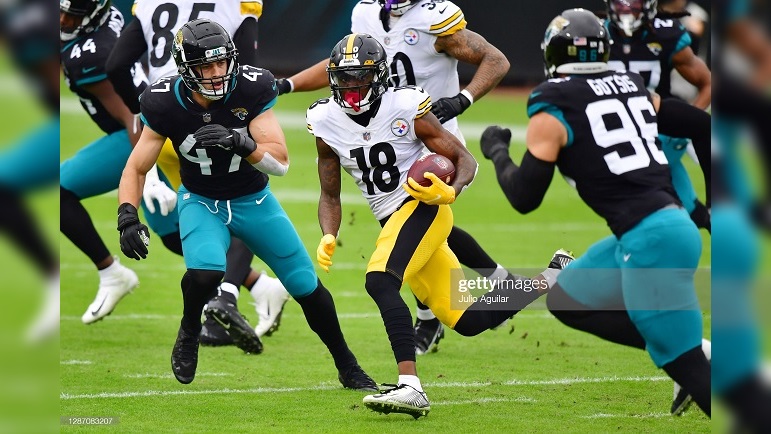 Reasoning: The Steelers officially acquired veteran inside linebacker Joe Schobert via trade yesterday, sending a 2022 sixth-round pick to the Jacksonville Jaguars in order to acquire him in what appears largely to be a salary dump.

This is, of course, the obvious topic to cover in this column today. It is always significant when the Steelers suddenly acquire a brand new starter out of the blue, without any warning or indications, yet here we are, ready to introduce a former Cleveland Browns standout.

According to head coach Mike Tomlin, or at least implied by him, it was the Jacksonville Jaguars who made Joe Schobert available, presumably letting the entire league know that they were interested in moving him if possible, and they were simply willing to pay the price that was asked.

It does make me wonder what they felt about the inside linebacker position and Robert Spillane a week ago. Did they already have clear reservations about how he would play for them on a full-time basis? Did they consider themselves ‘in the market’? After all, they are a very active team in August.

But the bottom line is that Schobert is here now, and he is an upgrade for them. He is a proven veteran who has a versatile skill set, with 549 career tackles, 11 sacks, nine interceptions, 24 passes defensed, nine forced fumbles, and 21 tackles for loss during his five-year career.

He only signed a contract with the Jaguars as a fifth-year unrestricted free agent last year. They were probably already interested in signing him at that time, as they were with Avery Williamson prior to that as well, yet they never made a move. Now they’ve since traded for both.

One thing we can definitely say about him is that he’s going to be around the ball. A lot. Sometimes he might not make the play, but he’ll make more than his fair share, and he’ll help put people in position to make theirs as well.