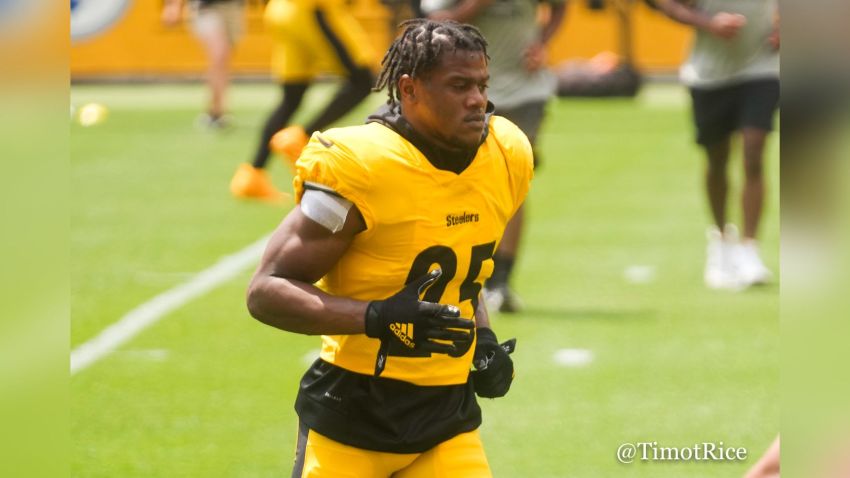 Reasoning: The second-year defensive back returned to the practice field yesterday for the first time since suffering a lower-body injury during the Steelers’ first preseason game as he competes to start in the nickel defense.

They say that the best ability is availability, and there’s a reason for it: You can’t contribute if you’re not around. That’s especially essential for young and unproven players like Antoine Brooks Jr., a second-year player who was drafted as a safety last year and then asked to drop significant weight to compete to take over the slot role.

That is a position in which he had been running, with the first-team defense, since the start of the offseason program following Mike Hilton’s departure in free agency. He started there in the Steelers’ first preseason game, and he honestly probably looked the part.

But up until yesterday, he had been unavailable, and you just have to wonder how much that time missed has set him back. He looked to be very much on track to open the regular season as the Steelers’ fifth defensive back, but that is slipping away now.

For probably the first time all offseason, they started using Cameron Sutton in the slot, who is projected to be their starter on the outside on the right, in order to get James Pierre on the field. This is looking increasingly likely to be the combination with which they open the season.

But Brooks is back now, and has the opportunity to make up ground. If he can put together two strong performances to round out the preseason, then he still has that chance to be in the mix. At the very least, he could be the dime back, or they could use multiple players in different situations in the nickel.