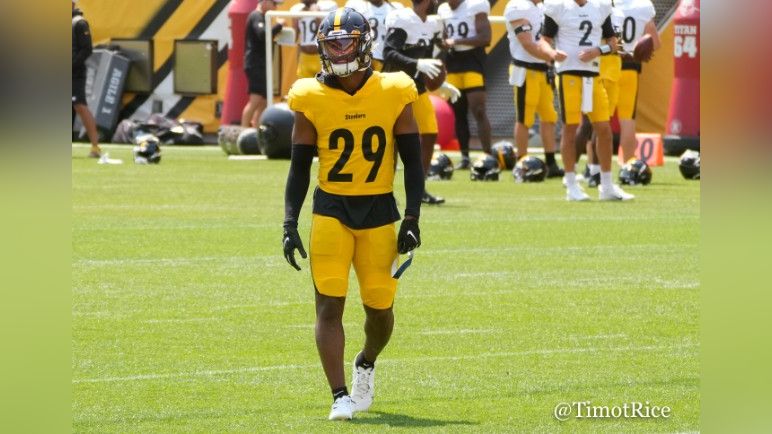 Reasoning: Rookie college free agent cornerback Shakur Brown was among nine players the Steelers released from their 80-man roster yesterday as they prepare to trim their roster down to 53 by Tuesday.

Arguably the released player who stood the best chance of making the 53-man roster with the way the preseason ended, Shakur Brown’s NFL journey has been put on hold for now. Following the injury waiver of Antoine Brooks Jr., the Steelers lacked inside-capable numbers at the position, and Brown was also playing on special teams, so some (including myself, admittedly), started projecting him making the team.

The rookie was actually an early favorite after he was signed, having received the Steelers’ largest signing bonus handed out to a college free agent rookie. Many were fans of his college tape, and believed that he would have a strong chance to make the 53-man roster.

That had not really translated on the field, however, at least in preseason games, where his most notable plays tended to be penalties, and a dropped interception. While it was not all bad, certainly, better was expected of him from fans who got excited about him after the draft.

The team is searching for options in the slot after losing Mike Hilton in free agency, and following Brooks’ situation, it appears the most likely answer for the season opener is to move Cameron Sutton into the slot when they play in the nickel and put James Pierre on the field on the outside.

For the time being, the number two slot cornerback will be Arthur Maulet, a veteran who has spent several hundred snaps over the past two years lining up there for the New York Jets. He was signed by the Steelers shortly after the 2021 NFL Draft.

It is entirely possible that Brown, who should easily clear waivers, will be re-signed to the 16-man practice squad once teams are permitted to begin doing so. They are likely to carry at least three defensive backs there, and there is not a lot of quality or proven depth on the roster right now.