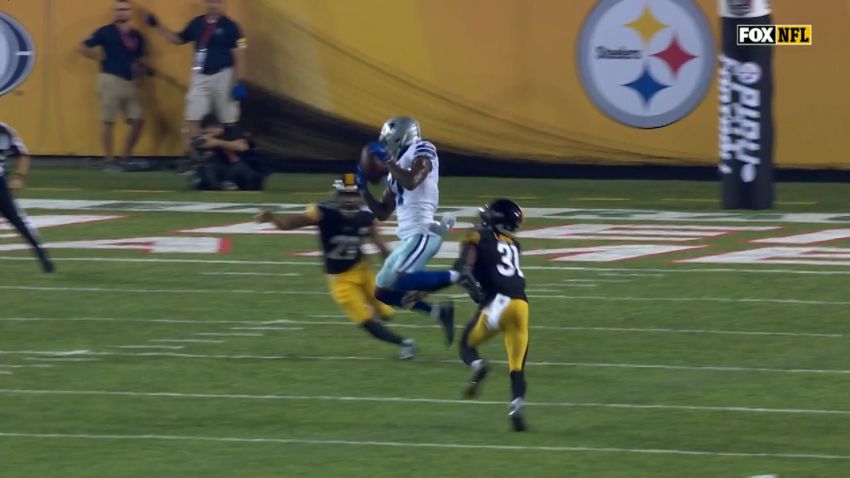 Reasoning: The third-year cornerback did not have a strong showing in his 2021 debut, despite forcing a fumble, which only came after he had already allowed a long reception.

The Steelers have a depth competition on their hands this year, throughout the secondary, and frankly, it’s somewhat clouded as to who will count where. The team has both Antoine Brooks Jr. and Arthur Maulet listed as nickel defenders, but if they make the roster, will they ‘count’ against the cornerbacks or the safeties—or somewhere in between? Because Miles Killebrew and Tre Norwood already seem to have an edge at safety.

At cornerback, you already have Joe Haden, Cameron Sutton, and James Pierre. If you include Brooks and Maulet, that’s five, plus the four safeties, giving you nine defensive backs in total. In most years, that leaves you room for one more defensive back.

I’m not sure Justin Layne, their third-round draft pick in 2019, gets that spot come September, though he is in the race. Stephen Denmark, Mark Gilbert, and Shakur Brown are all making cases for themselves, including on special teams, though Layne has already demonstrated special teams capability in the past, to his favor.

But if he still struggles to stand out in the preseason of his third year when it comes to playing cornerback, it’s hard to gauge how much more patience can be afforded relative to other possibilities. His performance against the Dallas Cowboys on Thursday night left something to be desired, and at times, it even seemed as though he was being picked on.

According to Pro Football Focus, he allowed four receptions on five targets across 26 total snaps for 36 total yards. He also was flagged for a pass interference penalty in the third quarter, though he did have one run stop.

Overall, you certainly want to see more from a player with his pedigree, but at the end of the day, you can’t judge your roster relative to who you think each player should be, but rather against itself. Is he the best 10th defensive back they have? Or is it someone like Brown, Denmark, Gilbert, or even Donovan Stiner and Lamont Wade? There’s three more games left to let that play out.