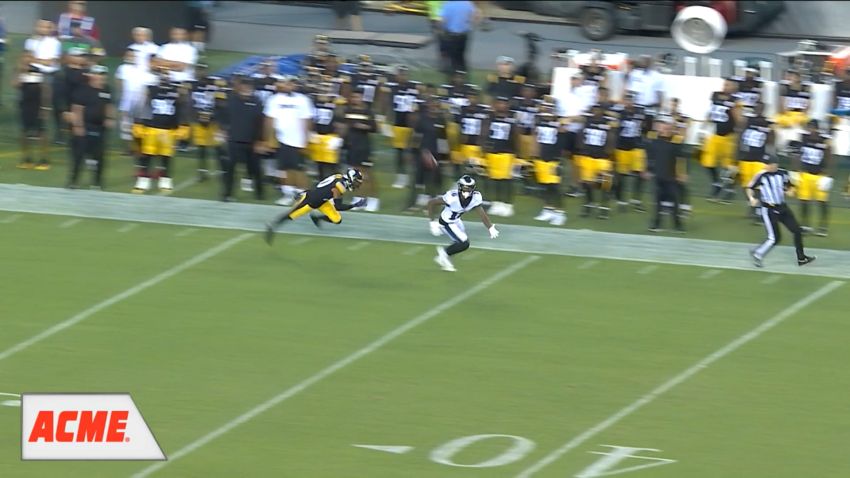 Reasoning: Cameron Sutton is coming off of a rough second outing in the preseason as he prepares to be a full-time starter entering his fifth year in the league.

The Steelers were able to build one of the better secondaries in the NFL over the course of the past two seasons by relying primarily on free agency and trades to acquire talent. Of their five starters in the defensive backfield, only one of them was first acquired by them, that being safety Terrell Edmunds.

Joe Haden and Steven Nelson were their starting outside corners, both free agent signings. Minkah Fitzpatrick was added via trade. Mike Hilton in the slot spent time with two other teams as a rookie college free agent in 2016 before finding his way onto their practice squad.

With Nelson and Hilton gone, they are relying upon their homegrown talent to replace them, with fifth-year Cameron Sutton being the chief focus. He is intended to be the one who replaces Nelson on the outside, though it’s becoming increasingly possible that he will also play in the slot.

Perhaps that wouldn’t be such a bad thing based on his struggles in coverage this past Thursday against the Philadelphia Eagles. He was beaten in man coverage on a concerning number of routes prior to checking out of the game, including one play that could have gone for a very large touchdown had the ball been delivered accurately.

Pure coverage has long been identified as Sutton’s chief strength, and one of the reasons the Steelers would rather have him stay on the outside as opposed to bouncing inside and out. But his last snaps on film objectively left a lot to be desired.

But, of course, we shouldn’t read so much into just one preseason game, especially when he has a four-year body of work that includes a number of starts playing on the outside. Sure, he struggled against Stefon Diggs last year, but that’s kind of what Diggs does. Still, the Steelers’ third preseason game will be a key barometer to determine what this secondary will look like, both in terms of performance and who plays where.