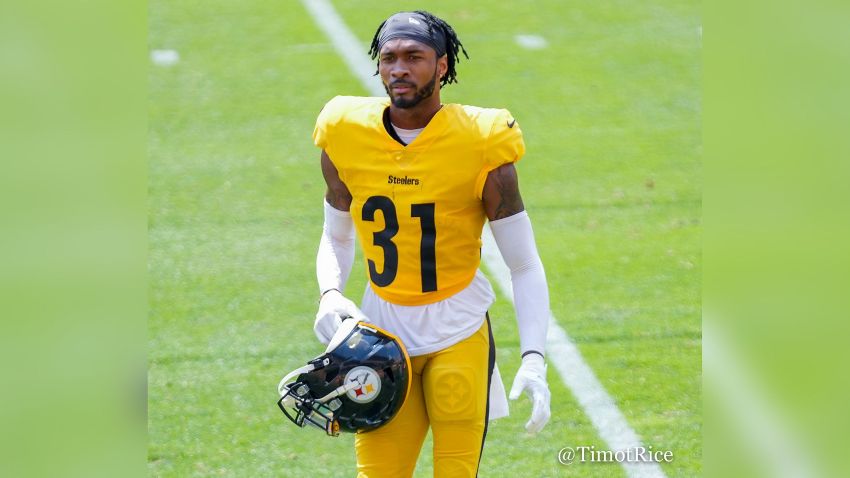 It’s getting to the point where it feels as though Justin Layne is the only cornerback in training camp who isn’t being talked about for making plays, and that’s not great, given that they used a third-round draft pick on him not so long ago, in 2019.

An underclassman out of Michigan State who never played on defense before getting to college, Layne was seen as a bit of a project with huge upside, but heading into year three, the Steelers are still waiting for that upside to kick in.

But they are not swimming in depth in the secondary, either, and it’s also important to stress that we haven’t even gotten to the preseason yet. If he steps up and plays well inside of stadiums—and on special teams—that’s where it’s going to count the most.

So far, the top four cornerback positions seem secure with Joe Haden, Cameron Sutton, Antoine Brooks Jr. in the slot, and James Pierre. Behind them, you have Arthur Maulet. Who’s left? Stephen Denmark has made a few plays here and there, but has a long way to go to prove himself.

We’re still waiting to hear more from Shakur Brown and Mark Gilbert, a couple of rookie college free agents, who haven’t gotten much playing time yet. Still, it feels like there will still be a roster spot available for Layne when all is said and done, provided that he does enough to earn it.