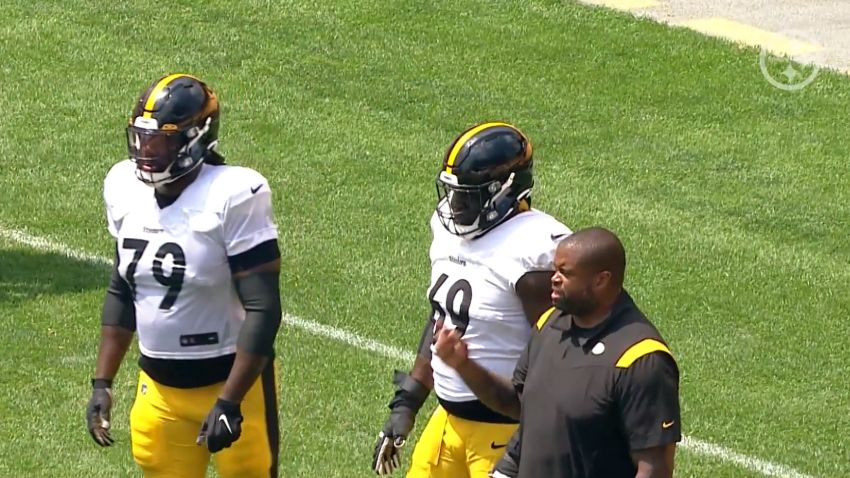 Question: Are we done pretending that Kevin Dotson isn’t the starting left guard?

This has certainly been an interesting offseason for Kevin Dotson, the second-year offensive lineman out of Louisiana-Lafayette. From Matt Feiler leaving in free agency to the team not addressing guard in a major way in the offseason, to one single outlet reporting very harsh rumors about his offseason work, to starting training camp with an injury that had Mike Tomlin playing with his starting status like a yo-yo, then to actually getting on the field and stomping people…it’s been a journey?

But are we done with it? At least, the part where we’re supposed to act like we actually think there might be a scenario in which he’s not in the starting lineup in the season opener? Because Dotson was working with the first-team offensive line when the entire line was healthy and on the field yesterday, the first time that’s happened literally all year. It would be a good time to end the games.

After Dotson first got back on the practice field in training camp following his recovery from a lingering ankle injury, Tomlin was asked why he was running second-team behind Rashaad Coward. He said Dotson hadn’t earned it—even though his own depth chart had Dotson listed as the starter.

He even carried that into the second preseason game, with Coward starting, though Dotson did come into the game before other second-team linemen. Even in the following week of practice, when Dotson was in the first-team line, Tomlin said that he wouldn’t annoint him just yet, noting that Trai Turner had a day off that day.

But nobody was off yesterday. So are we anointing him yet? Nobody asked Tomlin about this after practice, for some reason. I’ll hang up and listen.