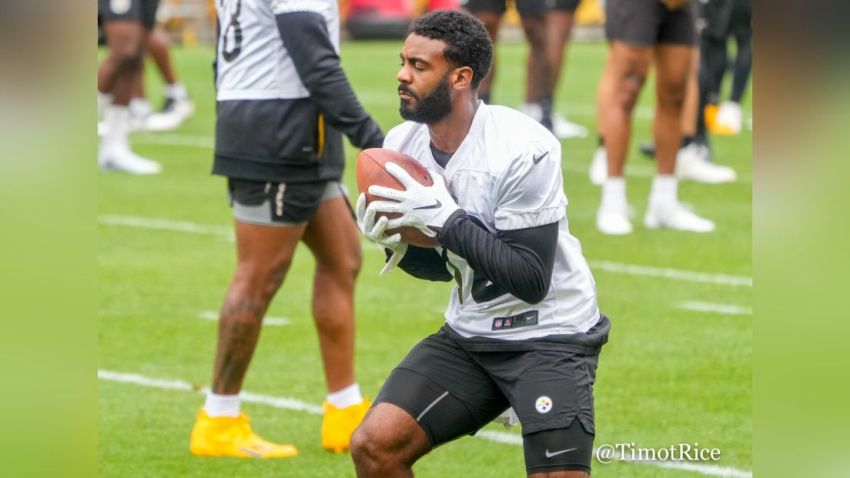 For young players looking to beat the odds and stick around in Pittsburgh long term following training camp, the path to the roster has always been pretty clear under Mike Tomlin: make plays on the field, and put in the work on special teams.

So far, that’s exactly what young receiver Tyler Simmons is doing early in training camp, catching the eye of Tomlin, who was asked about the depth at receiver and the plays the young guys continue to make at receiver following Friday night’s practice.

It’s not so much the plays as receivers that Simmons is making that has Tomlin paying attention. Rather, it’s the work on special teams that he is doing early in camp, which could have the Georgia product sticking around in Pittsburgh throughout the season.

“I have [been impressed], and not only on offense, but in special teams,” Tomlin said to reporters Friday night. “I was really impressed with Simmons’ gunner work in the competitive period in special teams tonight. And, you know, we’re trying to foster that type of environment as well. Those guys are not only vying to become backup wideouts in some form or some capacity, but you know, their contributions in special teams are a significant component of those prospects, and particularly those that are non-kick returners. And so Simmons; work as a gunner as a vice guy is significant in terms of his ability to position himself to be a factor.”

The former Georgia receiver has started strong in camp catching the attention of those that matter. Now it’s up to him to keep stacking strong days in camp and force the Steelers’ hand.