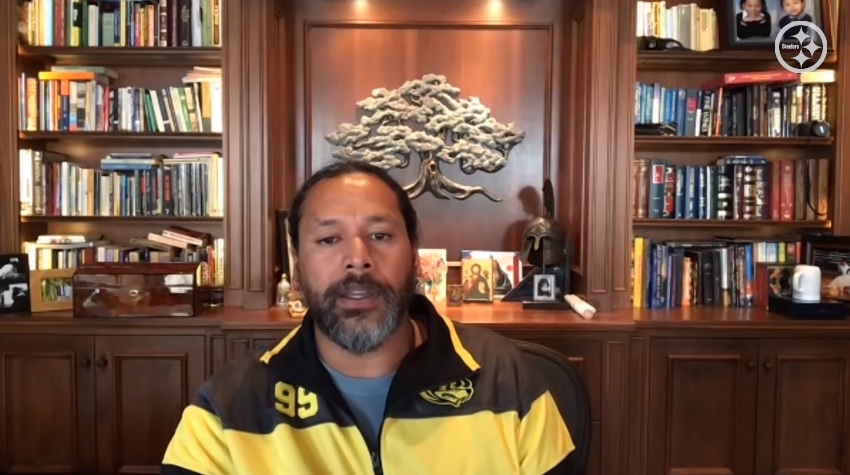 By the end of Troy Polamalu’s NFL career, he was a slam dunk, no-doubt Hall of Famer. By the end of his first year though, it was fair to wonder if the Steelers made a big mistake.

Polamalu failed to start as a rookie in 2003. He played in all 16 games, recording 48 tackles and two sacks but struggled to make the NFL adjustment and learning how to play the game. How to translate his obvious physical tools and become consistent, not just the occasional playmaker.

In a Zoom session with local media weeks ahead of his Canton enshrinement, Polamalu discussed the challenges his rookie year presented.

“My rookie season was not enjoyable nor was it very successful,” Polamalu said. “That post-rookie season, I kinda had a real conversation with myself. I was like, ‘listen man, you’re either going to go all-in on this or all-out. Because if you’re not all-in on this, there might not be a career.'”

The light turned on following that inner conversation Polamalu had. In 2004, he picked off a team-high five interceptions and was named to his first Pro Bowl. He’d make the next four Pro Bowls after that and was twice named All-Pro. Had it not been for a 2009 injury, his streak would’ve been extended out even longer. He quickly emerged as one of the league’s gamebreakers. Someone offenses had to account for every single snap yet rarely were able to do. Polamalu had the ability to end up in a completely different part of the field post-snap from where he started.

He ended his football career with 32 INTs, 14 FFs, and 12 sacks. Since 1999, there are only a handful of players in the 30 INT, 10+ FF/sack club. Polamalu’s only one of ten players to do that over the past 20 years, joined by fellow Hall of Famers like Ray Lewis, Rod Woodson, and Brian Dawkins.

Looking back on that ’03 season, Polamalu says it was the wake-up call he needed on and off the field.

“For me, that rookie season was extremely humbling, humiliating but much needed in my life. Not just as a football player but as a husband, as a father and I’m appreciative of that adversity.”