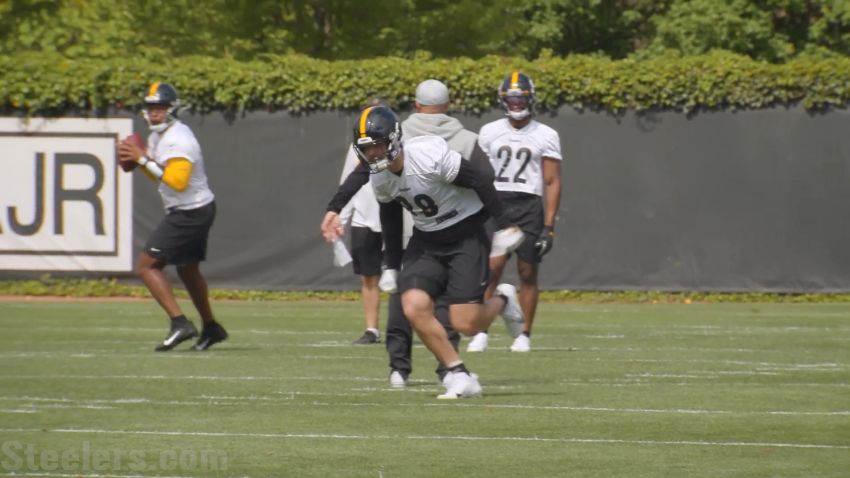 The Pittsburgh Steelers first two selections in the 2021 NFL Draft were spent on skill position players in running back Najee Harris and tight end Pat Freiermuth and both are now expected to log quite a bit of playing time as rookies. On Sunday, the Steelers wrapped up training camp practices at the UPMC Rooney Sports Complex ahead of the team moving to Heinz Field next week and after the session head coach Mike Tomlin was asked to comment on Freiermuth’s development so far.

“He’s working hard,” Tomlin said of the former Penn State tight end, via a team transcript release. “He’s on the details. But as are some others.”

As a bonus, Tomlin also commented a little on Harris in addition to Freiermuth.

“I’m pleased with Najee [Harris] and what he’s doing as well,” Tomlin said of the former Alabama running back. “They’ll continue to write their stories. Obviously, football in shorts we don’t put a lot of stake in. As we put the pads on, we’re excited to see what they bring.”

The steelers will graduate from football in shorts to football in pads next week at Heinz Field and beginning on Wednesday specifically When that happens, the team will have a week to prepare to play in their 2021 preseason opener, a Hall of Fame game contest against the Dallas Cowboys in Canton, OH a week from Thursday.

It will be interesting to see how much, if any, Harris and Freiermuth both play against the Cowboys a week from Thursday. In the meantime, look for our very own Alex Kozora to provide training camp practice updates on the Steelers first two selections in this year’s draft beginning on Wednesday.