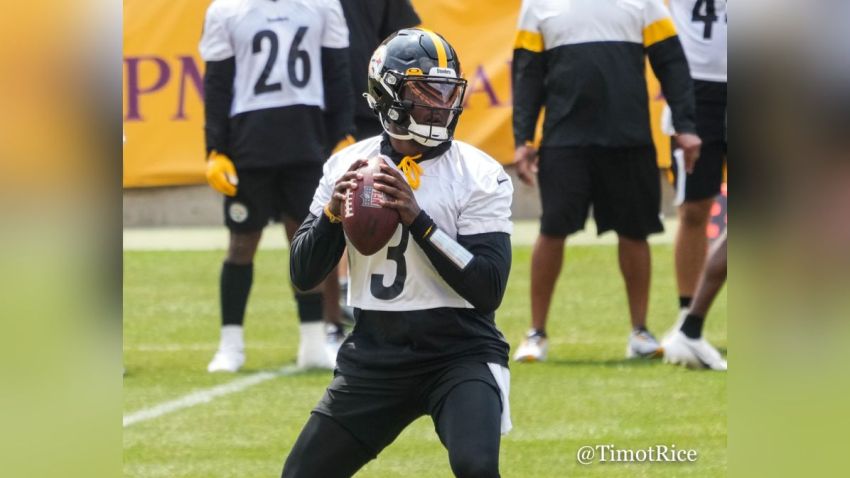 So far, the returns on one Dwayne Haskins at Pittsburgh Steelers’ training camp have been nothing but positive for the young third-year quarterback.

Haskins, who is currently working as the No. 3 QB on the Steelers’ depth chart, is “dialed in” and quickly “building rapport” with his teammates in camp, according to Pittsburgh Steelers’ head coach Mike Tomlin.

“I like what he is doing,” Tomlin said. “He’s taking care of the ball, but at the same time, he’s being aggressive. He’s dialed in, even in the reps that he’s not going. He’s building a rapport with the group of guys that he’s getting to work with. That’s a component to this that we often don’t talk about, too. There is a get-to-know-when in terms of the cohesion, especially when you are working with multiple groups and multiple people, and that’s a guy who is getting some third-group reps, some second-group reps, so he has a lot of people to get comfortable with.”

After a tough falling out in Washington that led to his release just two seasons into his career after being a first-round draft pick, Haskins has put his head down and quietly worked hard, beginning to show those that matter in the Steelers’ organization why he was so highly touted coming out of Ohio State.

During the Steelers’ second team two-minute drill Thursday at Heinz Field, Haskins led the group to the team’s lone two-minute drill touchdown as he converted three third downs through the air before finding undrafted rookie receiver Rico Bussey from 30 yards out, capping off a seven-play drive in which he looked confident in the pocket.

It’s still very early when it comes to trying to read into anything that’s happening at camp, but Haskins has put together two strong practices in a row at Heinz Field, and is clearly in the driver’s seat for the No. 3 job at the position in Pittsburgh.