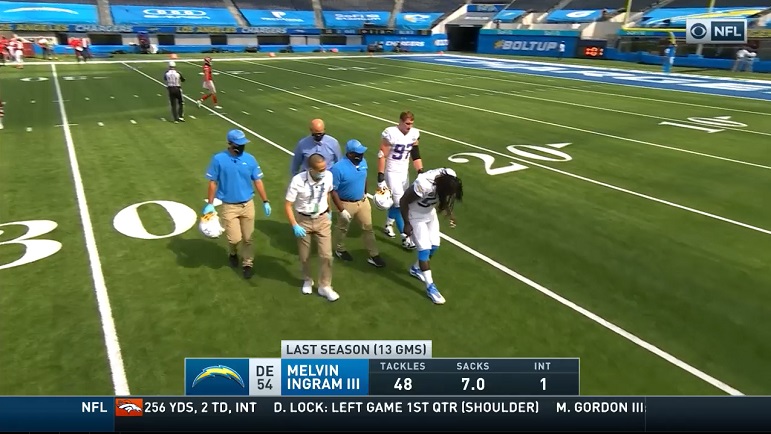 Fans of the Pittsburgh Steelers flooded Twitter with their enthusiasm on Monday when it was reported that former Los Angeles Chargers edge rusher Melvin Ingram had signed a one-year contract with the team. The national media, in mindboggling fashion, immediately criticized the move, somehow forgetting that OLB Alex Highsmith is on the roster and ready for a breakout year. They assumed that Ingram was expected to be a starter. While it’s possible, I don’t think that’s the expectation for a player coming off a rocky season where he landed on IR not once, but twice.

Let’s go back to the beginning briefly for an overview of Ingram’s injury history. Drafted by the Chargers in 2012, Ingram played all 16 games and even started one as a rookie, recording 42 total tackles including 27 solo, one forced fumble and one sack. Then he hit some speed bumps.

Ingram visited with several teams recently, choosing Pittsburgh. He seems to be fully recovered from the challenges of last year. But what is his potential for reinjury?

If both Highsmith and Ingram can start and compete for that role, that would be a very good problem to have.  But I expect the 32-year-old veteran was signed for depth with the plan to be in the rotation each week. And with this addition to the roster, the OLB group certainly seems ready to get after opposing QBs this season.