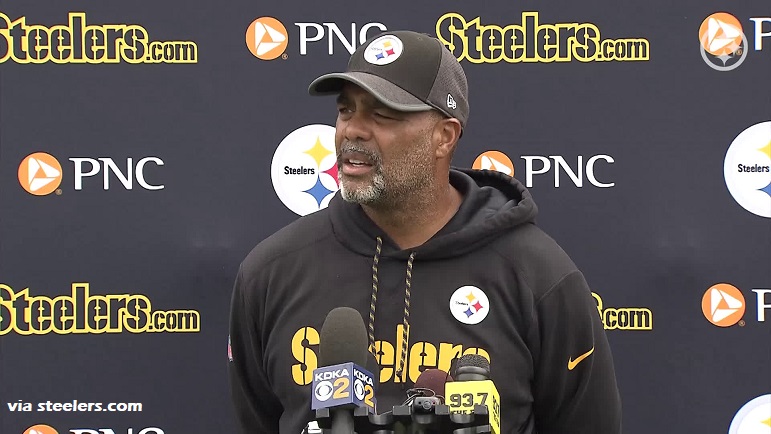 The Pittsburgh Steelers released their first depth chart of 2021 on Saturday, and it showed second year defensive back Antoine Brooks listed as the teams staring nickel cornerback. That initial depth chart aside, Brooks and newcomer Arthur Maulet seem to have a competitive battle going early in camp for the starting nickel spot.

On Sunday, Steelers defssiveo backs coach Teryl Austin addressed the media after practice and he let it be known that he’s been impressed so far in training camp by what he’s seen so far out of Brooks and Maulet.

“It’s a good battle,” Austin said. “You’ve got a veteran guy and a second-year guy, those guys are really starting to turn it on. You know, the first part OTAs and minicamp, it was kind of a, ‘oh boy, watch out.’ But now they both really have adapted well, and they both started off camp strongly. So, I think that’s going to be a really good battle and I think it’ll help us as a team if both of them are really performing at a high level.”

Austin went on to say that while the team does like cornerback Cameron Sutton in that nickel slot role as well, the hope is to be able to keep him outside and strengthen the team with two capable slot cornerbacks.

“We always know cam Sutton can always play in there,” Austin said. “I don’t doubt cam, but that’s not where we want Cam right now. I want to make sure that we get those two guys and see if we can strengthen our team by having a guy in there.”

Austin did say that the Steelers will figure out who will be their staring nickel cornerback in due time. If need be, Sutton can be moved to the slot because they trust his ability to shift back into that role on the fly if the need arises.

Still, as the Steelers go through the process of trying to figure out who will play in the slot, Austin made it clear on Sunday that they would like some qualities that former Steelers cornerback Mike Hilton displayed the last few seasons when it comes to that position in the defense.

“Well, I think you’d like to have a guy that had some Mike Hilton skillset in that regard, or clone, whatever you want to call it, Austin said. “But Mike was unbelievable in the run game, in timing of his blitzes and the things that he did for us. And so, if you could get any of that with any of those guys, I think you’d might like that. But we’ll take it. The bottom line is whoever’s the best for our team and our defense, that’s the guy that’s got to be out there. So, whether it’s the nickel or the corner, that’s who it’s got to be.”