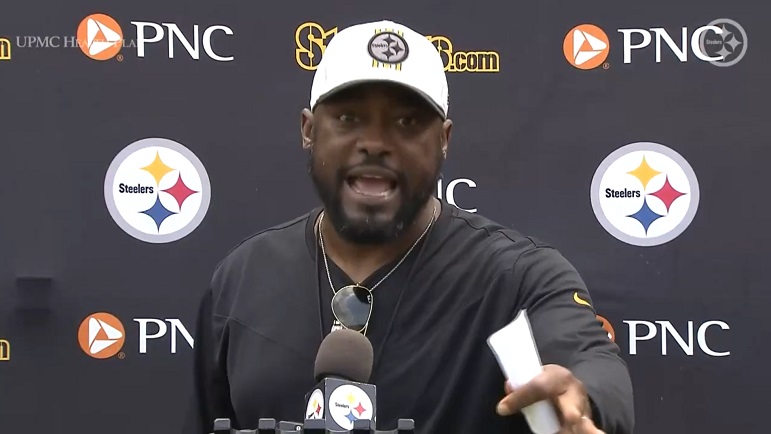 The Pittsburgh Steelers first padded practice of 2021 took place on Wednesday at Heinz Field and during it a few players were apparently injured to some degree,. Head coach Mike Tomlin addressed those injuries after practice ended.

According to Tomlin, tackle Anthony Coyle suffered a stinger during the teams Thursday training camp practice while tight end Eric Ebron left practice with elbow discomfort. Tomlin said both players will be evaluated further and then hopefully eased back into action.

As far as other Steelers players who are dealing with something at the start of training camp, Alex Kozora had a report on those few individuals earlier in the day. For starters, Kozora indicated that wide receiver Cody White (undisclosed) sat out on Wednesday as did center J.C. Hassenauer (knee). Guard Kevin Dotson (undisclosed) was also not in pads on Wednesday, according to Kozora.

Defensive back Antoine Brooks Jr. was back in full pads for practice after leaving practice the other day with what Tomlin called a minor injury. The Steelers easing tackles Zach Banner and Chukwuma Okorafor into action. Banner continues to rehab his surgically repaired ACL, while Okorafor hasn’t participated in team drills due to a “tweak” he sustained prior to camp. On the other side of the football, defensive end Stephon Tuitt and outside linebacker T.J. Watt are also being eased into action early in training camp and essentially just doing some pre-practice drills right now.

“Status quo on a lot of the guys that have been limited,” Tomlin said on Wednesday. “We gave Devin Bush some live action today. We didn’t give [Zach] Banner much, Stephon Tuitt and others. We’ll continue to work those guys and ease those guys back into the process.”

Quarterback Ben Roethlisberger returned on Wednesday after an excused absence on Tuesday.

The Steelers will be back at Heinz Field again on Thursday for another training camp practice that will be open to the public.