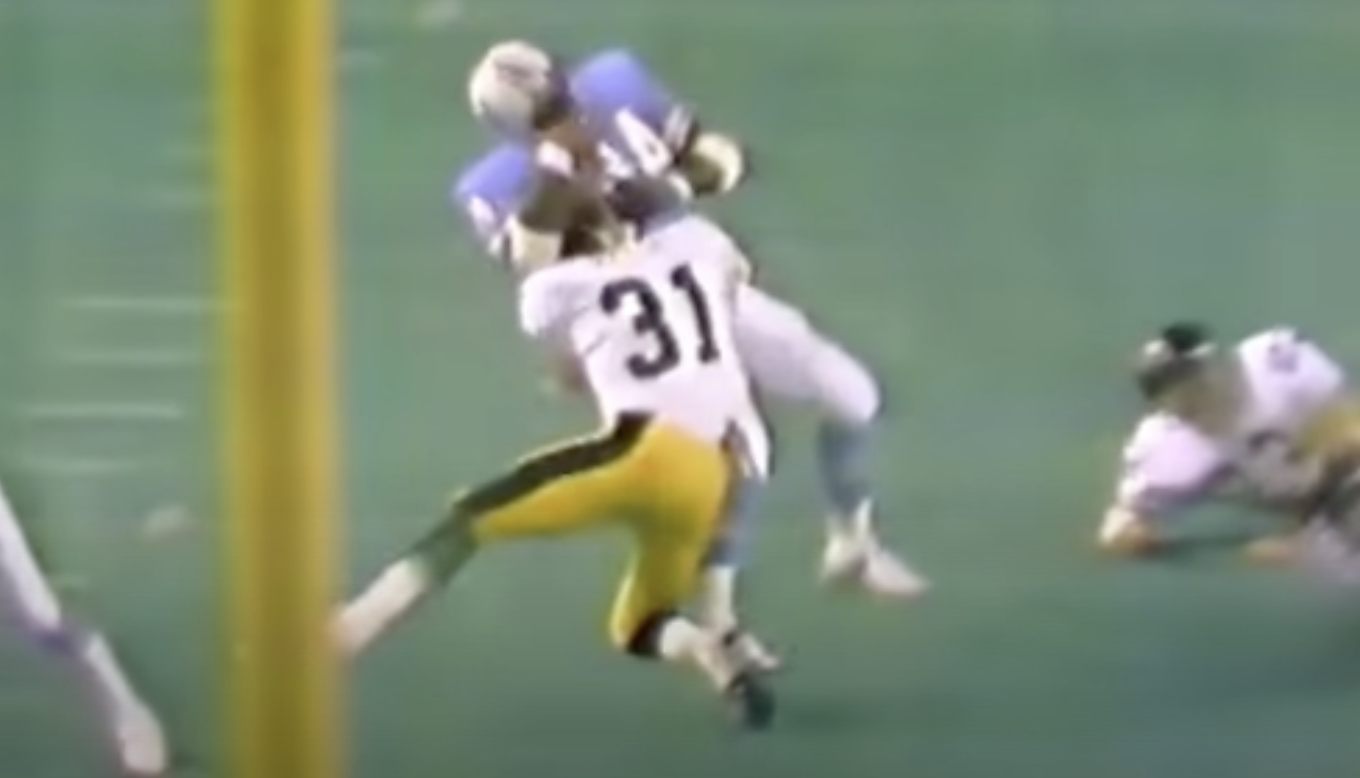 On Campbell’s seventh carry of the game, the star running back spun his way out of a tackle and found himself in the crosshairs of Shell, the hard-hitting, hard-charging safety off right tackle.

Shell connected with a perfectly-placed, textbook tackle on Campbell, blasting him in the ribs with a sound football tackle as the running back had his midsection completely exposed while trying to find his balance, leading to the monster hit from Shell.

Shell popped the ball free from Campbell on the tackle, leading to a recovery by Steelers’ cornerback Ron Johnson as Campbell lay motionless on the field. Ultimately, Campbell missed the rest of the game, leading to Shell receiving a chorus of boos from Oilers’ fans.

One question brought up was the hit on Campbell and where it ranks in the Hall of Famer’s career.

“I’d rank that number one, but closely behind is the three interceptions that I had against Brian Sipe one game versus Cleveland, but that play, it propelled us into the AFC championship. I think Earl Campbell had 80 yards at halftime. I looked right at Joe Green and I said if he keeps running like that,  we’re not going to advance in the playoffs. So, my teammates were very excited about that, about their play, because it kind of knocked him out of the game and we were able to secure the win for the AFC championship.”

Shell is a bit mistaken with the circumstances leading up to the play. Campbell had roughly 38 yards prior to the carry, finishing with 41 yards in the game on just seven carries. The win also gave the Steelers the AFC Central division title, not the AFC championship.

Though Shell mistakes a few facts of the hit, it still ranks up there in terms of plays in Steelers history, considering what it did for the Steelers. Pittsburgh was in the middle of a three-game winning streak when Shell laid the big hit, allowing the Steelers to pick up the 13-3 win on the road, eventually winning five more games in a row, capping off the 8-game winning streak with a 35-31 win over the Dallas Cowboys in the Super Bowl. Not to be overlooked though was the 34-5 (yes, you read that right) trouncing of those same Oilers in the AFC Championship Game at Three Rivers Stadium.