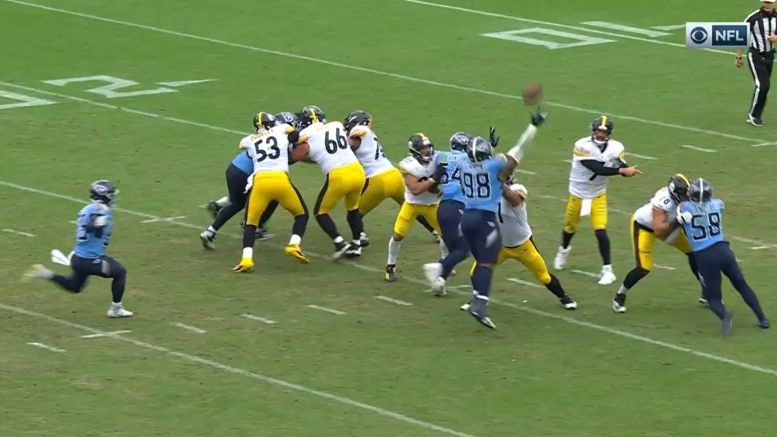 The Pittsburgh Steelers won fewer than 10 games in both the 2018 and 2019 seasons, and missed the playoffs entirely. Yet it feels like they are facing more questions coming off of a 12-4, division-winning season this year. it’s not without reason, of course. They lost more than half a dozen starters, and the quarterback position is clearly in a period of transition.

The running game truly bottomed out in 2020, even after a successful beginning, finishing the year ranked last in rushing yards and yards per attempt, and if there is one area you could say the team has focused on this offseason, it has been to fix that.

But it’s part of a broader goal, simply to be better, to make the offense less predictable, and according to ESPN, that is the biggest question the Steelers face this year, at least as it concerns this upcoming season.

“Can the Steelers’ offense do enough to become not so predictable in 2021?”, Brooke Pryor wrote in an Insider article. “The biggest problem as the 2020 season slid to a finish was the team’s predictability on offense. Canada’s scheme is supposed to fix that problem — but there has to be a buy-in from Roethlisberger. Whether he does that and can execute Canada’s plans will dictate the success of the offseason and 2021 season”.

Ben Roethlisberger has said and done the right things this offseason. Yet the comment that will stick in most people’s minds would be when Canada himself said that he would be running what his quarterback wants to run.

The choice of words leaves a bad taste in some people’s mouths. It plants the idea in their heads that this is ‘Big Ben’s offense’. That is the perception of the Randy Fichtner era, Roethlisberger’s close confidant, who replaced Todd Haley as offensive coordinator for the past three years.

Pittsburgh hired Canada as quarterbacks coach last year in his first NFL gig. He has a long resume at the college level, serving as offensive coordinator at many stops along the way. One concept he routinely emphasizes is putting players in position to make plays.

Whether or not they successfully manage to do that is something that we’ll have to find out over time, as the pads come on, and they enter the stadiums. But at the very least, a resurrection of the running game with Najee Harris and company should help make them less predictable by making running the ball a more viable option in a greater variety of situations.