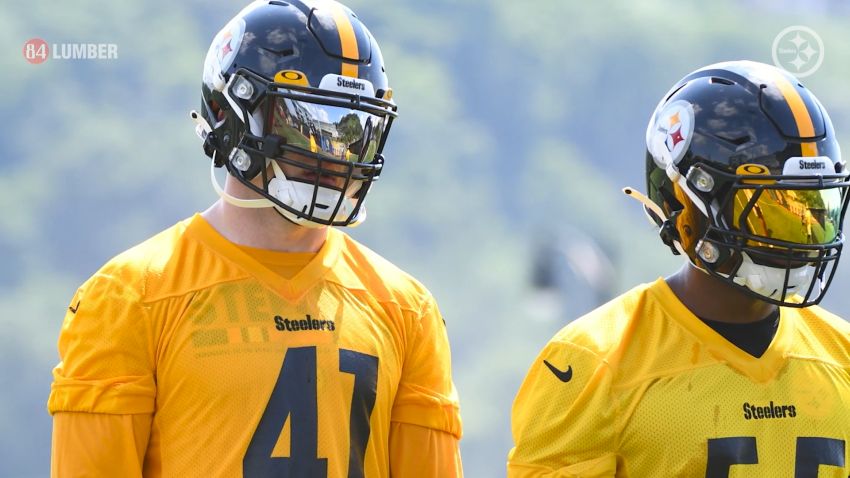 Following the surprising retirement of linebacker Vince Williams prior to the start of the Pittsburgh Steelers’ 2021 training camp, the inside linebacker room lost a lot of experience and leadership.

That role as the veteran leader of the position is one Spillane is embracing heading into the 2021 season, even though he has limited experience overall on the field as a full-time starter.

“I had a great leadership when I was a rookie with the Tennessee Titans; Wesley Woodyard is a guy that comes to my head who took me under his wing. So when I get a guy like Buddy or Calvin or any of those young, I want to be the best veteran player,” Spillane said when speaking to reporters Thursday. “It’s weird calling myself a veteran, but this is my fourth year in the league. So I have the ability to help those younger guys grow into the role that they possibly could grow into.”

It’s great to hear a guy like Spillane, who really exemplifies all that the Steelers are about, stepping up and embracing a leadership role in such a young, inexperienced room overall. While he has played just 377 career defensive snaps, Spillane will be able to lead by example and preach to the young guys the key to preparation and being prepared to seize upon any opportunity sent their way.

Now, with a starting role and a leadership role in front of him, Spillane is looking to establish himself long term in Pittsburgh with a franchise that gave him an opportunity in February 2019.