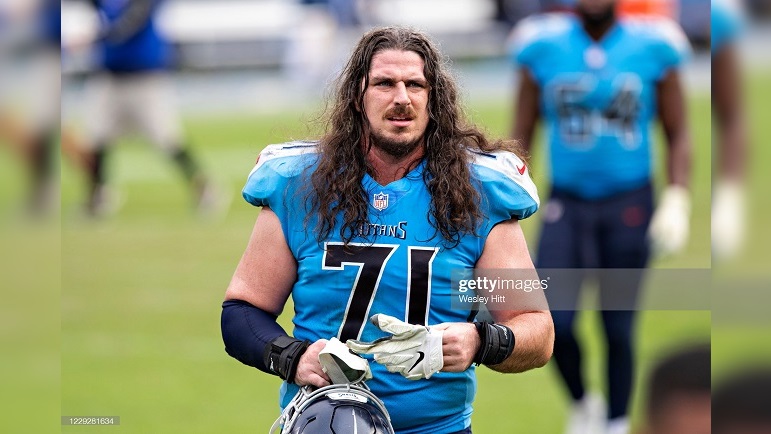 Personally, I think Bleacher Report is one of the worst sites on the internet when it comes to NFL articles. Even so, I can’t stop reading their articles because they are so outlandish more times than not and especially the ones from writer Brent Sobleski. For example, in Sobleski’s latest post, in which he identifies one player that every NFL team should add before the start of the 2021 season, he has free agent tackle Dennis Kelly down as his choice for the Pittsburgh Steelers.

Here is what Sobleski wrote of about the Steelers needing to sign Kelly.

The Pittsburgh Steelers shouldn’t be comfortable with what they have along the offensive line.

The organization decided to release David DeCastro, but it immediately signed Trai Turner to replace him at right guard. The interior has a little more depth even though center is up in the air.

Chukwuma Okorafor will move from right to left tackle, even though he lost to Zach Banner in last year’s training-camp competition. Banner started one game before suffering a torn ACL. The Steelers don’t really have a quality swing tackle on the roster. Joe Haeg has experience at right tackle, but he can also play guard.

Dennis Kelly started 20 games between right and left tackle over the last two seasons. Plus, the former Tennessee Titan helped pave the way for the league’s leading rusher in both of those campaigns. Kelly can give the Steelers quality depth or a possible new starter.

First, Sobleski must have forgotten all about the Steelers selecting tackle Dan Moore Jr. out of Texas A&M in the fourth round of the 2021 NFL Draft. While Moore is far from ready to be a starter on the Steelers offensive line, he will be on the team’s 53-man roster as a depth piece in 2021 and one of nine or ten total offensive linemen that the team keeps. That’s right, Moore will be behind the likes of starters Chukwuma Okorafor and Zach Banner and backup Joe Haeg, who the team signed early in free agency. Barring injuries, the Steelers will not even look twice at Kelly, who is now 31 and who was very average last season at right tackle for the Tennessee Titans.

With Kelly still being unsinged, the former fifth-round draft pick out of the Philadelphia Eagles out of Purdue is likely best served to wait until training camps around the NFL get underway to watch and see if any injuries occur to starting tackles. That would be Kelly’s best shot at getting signed for more than the NFL minimum, which in his case is now $1.075 million. Kelly also likely wants a shot to start still in the NFL and he wouldn’t get such a shot if he signed with the Steelers right now.

The reason the Steelers felt compelled to go out and sign veteran guard Trai Turner is because they needed an experienced interior lineman due them having to terminate the contract of longtime starting right guard David DeCastro with the non-football injury designation. Had DeCastro been healthy enough to play in early 2021, Turner wouldn’t have been signed.

Personally, I think Kelly will wind up landing with a team within the next 70 days, but with that, I’m willing to bet that team won’t be the Steelers unless one of their two starting tackles goes down with a serious injury during training camp or the preseason. So, come talk to me about Kelly if Okorafor or Zach Banner go down injured.