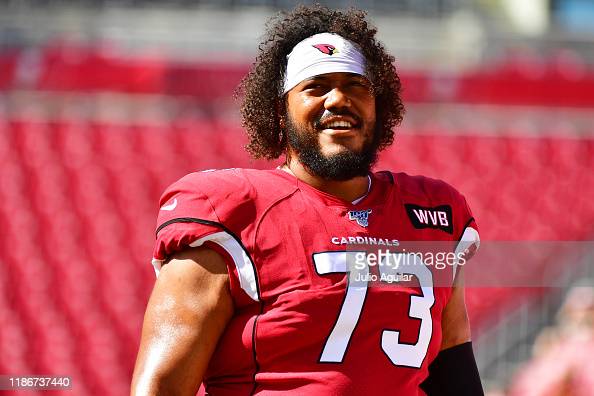 So far we have looked at OLB/EDGE players, tight ends, safeties, tackles and cornerbacks that could be on roster bubbles this year. This week we’re going to look at interior offensive linemen.

The Steelers offensive line is undergoing major changes and they lost the entirely of the interior starters from 2020. Maurkice Pouncey has retired, Matt Feiler signed with the Los Angeles Chargers and the recent release of David DeCastro completed the trio of openings along the offensive line.  The center position is an open competition between B.J. Finney, J.C. Hassenauer and rookie Kendrick Green. Kevin Dotson is expected to start at left guard with newly signed veteran Trai Turner expected to start on the right side.

The depth along the inside is shallow and that includes Rashaad Coward (4 seasons, 30 games, 15 starts) and Aviate Collins (2 seasons, 5 games, 1 start) along with whoever doesn’t win the starting center job.

For this I am thinking each team will carry at least 5 interior offensive linemen, four on the active roster and one on the practice squad. I focused on factors such as snap counts, the number of games they suited up for and overall depth of the position from unofficial depth charts that included new additions through free agency and the draft. Affordability was also a factor so you won’t see any big names on here.

Each of these players would be capable of fighting for depth positions along the offensive line. I added some links to clips to show you them in action.

Douglas played his college ball at Arizona State where he was a three year starter playing in and starting 40 games from his sophomore to senior seasons. He was a First Team All-PAC12 and First team all-Academic and was invited to the Senior Bowl.  He played mostly guard before moving to left tackle in his senior season.

He was a fourth round selection by the Miami Dolphins in the 2015 NFL Draft where he spent more than two season playing in 17 games and starting 6. After being released in October 2016 he spent time with New England, Atlanta and Indianapolis on practice squads before returning to an active roster in 2018. With Tennessee he spent two seasons playing in 29 games with 5 starts before signing with Buffalo this offseason.  He has experience playing guard and center in the NFL.

Buffalo’s starters will be Morse at center and Feliciano and likely Ford at guard.  Boettger is veteran depth playing the last three years in Buffalo. Lamp is a veteran coming over from the Chargers with a lot of starting experience and the Bills invested more guaranteed money with him than Douglas. Anderson is a developmental player drafted in the 7th round this year.

Buffalo Rumbling did an All-22 analysis on their new signee showing some positives and negatives.

The former Michigan Wolverine played in 52 games with 36 starts including 26 at right tackle and 10 at left guard. He was a four year letterman and was invited to the Senior Bowl where he worked at guard and tackle positions in practice. His draft profile at NFL.com described him as a tough minded, gritty competitor who is a good run blocker.

Schofield was a third round selection of the Denver Broncos in the 2014 NFL Draft two picks before the Steelers selected Dri Archer. He was inactive for the 2014 season but ended up starting for two seasons including the Super Bowln50 championship team. He then spent 3 seasons with the Chargers playing in 47 games and starting 37. 2020 was spent in Carolina in a reserve role with 11 games and 3 starts. All totaled he has 92 games played including playoffs with 74 starts.

Baltimore signed him in June to an already deep roster.  Bozeman will man the middle with Mekari backing him up.  Cleveland and Zeitler will likely be the starters at guard with Bredeson and Powers providing depth at guard.

Clips of Schofield (75) at left guard

Gray is a familiar name being a 7th round pick of the Steelers in 2019. He played collegiately at Maryland playing in 39 games and starting with 25 starts at left tackle. After being drafted the Steelers moved him inside to guard.

As a Pro, Gray saw action in 5 games for the Steelers in 2020 playing a total of 25 snaps on offense. Late in December 2020 the Steelers chose to release Gray to activate LB Tegray Scales when the defense was dealing with a lot of injuries at the position. They had hoped he would go unclaimed and circle back to the practice squad but he was scooped up by Jacksonville. The Steelers like familiarity and that could lead to a reunion if Gray is released.

Jacksonville has revamped their coaching staff so anything can happen on the roster. The starters looked to be Linder at center and Norwell and Cann at guard.  Shatley is the reserve canter and Bartch likely the reserve guard.

We looked at his meaningful snaps in 2020 and Alex Kozora got some Ramon Foster vibes from him.

Allegretti was a member of the University of Illinois and was two year team captain and started 36 consecutive games including 31 games at guard and five at center.  He is a “hearts and smarts” type player being a 4 time Academic All-Big Ten player will also being many community service activities including “Lift for Life” which raised over $88,000 over 2 years.

He was drafted in the 7th round by the Chiefs in 2019 has played in 29 games with 12 starts.  All twelve starts came last season including the playoffs when the Chiefs offensive line dealt with numerous injuries over the course of the season.  He mainly played left guard but can play both guards spot and center.

After all the issues along the offensive line this year the Chiefs have revamped their offensive line. Blythe is on a one year deal and could be the starting center unless he is beat out by Humphrey. Thuney will start at one guard and Duvernay-Tardiff likely the other.  Long is dealing with a lower leg injury and it is unknown how long he will be out. Andrew Wylie provides veteran depth and the also have rookie Trey Smith on the roster.  A couple Chiefs outlets suggested the Steelers are a possible trade partner after DeCastro’s release with Duvernay-Tardiff, Blythe, Allegretti and Wylie all being possible trade candidates. This is group to keep a close eye on in the next couple months.

Clips of Allegretti (73) at left guard

Omameh is another former Michigan offensive lineman and played in 45 games and started 41 consecutive games at right guard.  A four time lettermen, two-time Academic All-Big Ten and a first team Coaches All-Big Ten as a senior who also made weekly visits to a children’s hospital in 2012.

Omameh was an undrafted free agent and is the epitome of journeyman since he has been in the NFL. He signed with San Francisco out of college and has also spent time in Tampa Bay, Chicago, Jacksonville (twice), the New York Giants, New Orleans (twice), Kansas City and Las Vegas (twice). All totaled he has played in 92 games with 61 starts playing left and right guard and left and right tackle.

Las Vegas also decided to retool their starting line trading away or releasing Rodney Hudson, Trent Brown and Gabe Jackson. There will be completion at center with James and Martin. Inognito and Good will likely start at guard with Simpson, Ehlinger and Lester Cotton, Sr. fighting for back up spots which could leave the veteran Omameh on the outside.

Clips of Omameh (77) at left guard

Larsen was a USA Today Second Team All-American in 2013 while playing for Utah State. He was a First team All-WAC in 2011 and 2012 and All-Mountain West in 2013. He was a four year starter starting 52 consecutive games. His brother Cody spent time with the Ravens and Broncos.

Larsen went undrafted in the 2014 draft and was signed by the Miami Dolphins and released prior to the season.  He signed with Washington in 2015 but suffered the same fate. In 2016, he signed with Carolina and finally found a home playing 5 seasons as a Panther.  He has played in 69 games including playoffs making 18 starts in his career. He is primarily a center but can play guard as well.

The Washington starters are Roulier at center and Scherff and Schweitzer at guard. Flowers and Martin provide experience and depth and the final spot could come down to Larsen and second year player Ismael for the final spot.

Clips of Larsen (69) at center

Garcia played two seasons at Florida after transferring from Maryland. In 2013, he started every game at left guard or left tackle and in 2014 he started every game at center.  He was voted offensive Co-MVP and for a leadership award from his teammates before going on to play in the Senior Bowl.  He was a team captain and also won the Gene Elleson Community Service Award for his efforts off the field.

Garcia was a fourth round pick of the Denver Broncos in 2015 and played four seasons there. He was the starting left guard for 2016-2017. He has played the last 2 seasons in Arizona appearing in 21 games. Overall he has played 81 games including playoffs in six seasons and has 41 starts under his belt. He met with the Steelers prior to his Pro Day in 2015 and Kozora mentioned him in his 2020 free agent wish list as a player the Steelers could have interest in.

Hudson, who was with Las Vegas, will start at center with veterans Pugh and Winters likely to man the guard spots. Murray and Jones have the versatility to play guard or tackle and Gaillard in a young player who can play center or guard.

Clips of Garcia (73) at left guard