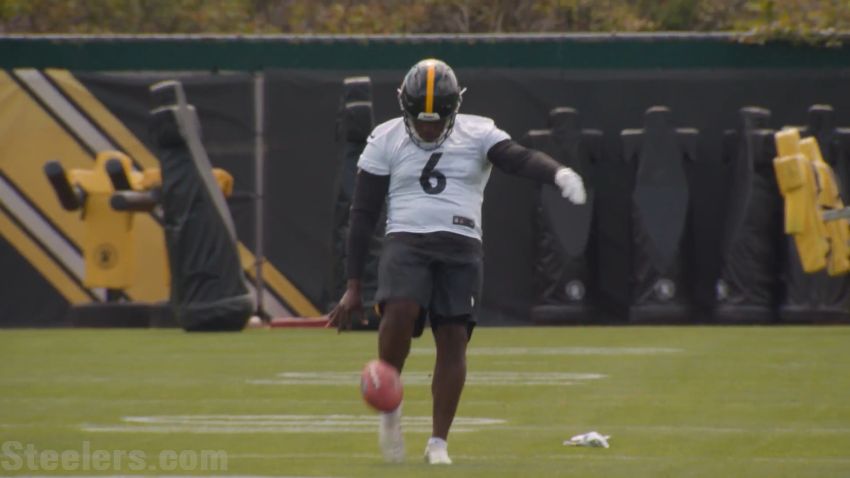 The draft may not yet be officially over, but by the seventh round, those players yet to hear their name called are getting ready for Plan B. That’s when teams and draft prospects start discussing UDFA contracts to get ahead of the chaos that occurs once the draft is officially over.

With 20 picks to go in the 2021 NFL Draft, punter Pressley Harvin III began making those plans. As he tells Steelers.com’s Teresa Varley in a great feature piece, Harvin was on the phone with Falcons’ head coach Arthur Smith when the 412 interrupted the call.

Harvin says he ended up missing the Steelers’ initial call and hurriedly rang them back. Mike Tomlin answered and Harvin thought it was about another UDFA deal. Instead, Tomlin told him they were making Harvin their final draft pick of 2021.

“I said hello, and the voice on the other end said I hope you weren’t on the phone making free agency deals. I didn’t know it was Coach Tomlin because I never spoke to him. I was like Coach, I am not going to lie to you, I am. He said, well you don’t have to worry about that. This is Mike Tomlin from the Steelers and we are going to pick you here.”

Harvin was the first punter the Steelers drafted since Daniel Sepulevda in the fourth round of the 2007 draft. Since 1970, he’s just the fifth punter the team has selected. Craig Colquitt was the first, taken in ’78, and would go on to have a six-year career in Pittsburgh. Harry Newsome was the Steelers’ eighth-round pick in 1985, spending five seasons with the team and nine in the NFL, while Sepulevda was enjoying a good career until knee injuries derailed it.

The only pick who didn’t work out was John Goodson, an eighth-round pick in 1982, who punted in all nine games during the strike-shortened season. He never punted again after that.

Rated our second-best punter pre-draft, Harvin will compete with veteran Jordan Berry for the starting job. Harvin clearly has an opportunity to win the job, but Berry has stuck around year-after-year and put together a career season after initially getting cut to begin the 2020 season. Harvin will need to improve his consistency and placement in order to win the job, while showing he can be a trusted holder for Kameron Canaday and Chris Boswell.