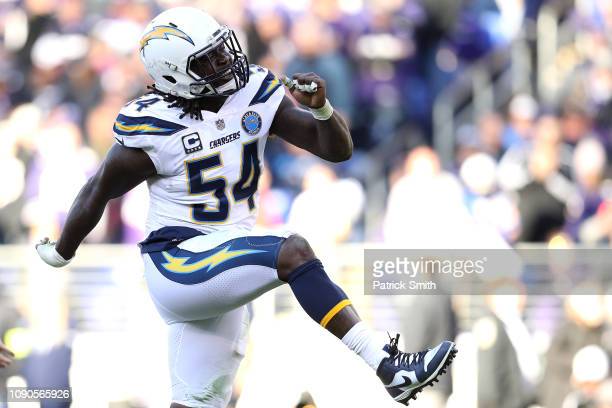 The Pittsburgh Steelers have made a last-second add to their 90-man roster before the team reports to training camp later this week, signing veteran EDGE rusher Melvin Ingram according to NFL Network’s Ian Rapoport.

Source: The #Steelers are signing FA pass-rusher Melvin Ingram to a 1-year contract to beef up the edge. The former #Chargers star lands in PIT before camp begins.

Financial terms of the deal were not immediately known.

Josina Anderson spoke with Ingram just moments ago, sending out these tweets about their conversation.

Just got off the phone with Melvin Ingram who is signing with the #Steelers (@rapsheet 1st): "I just did the deal not too long ago and just got to the airport. It’s definitely a dope organization and environment; so I definitely feel like it's the place for me." 1/2

Melvin Ingram on the phone [Cont.]: "I met with coach (Mike) Tomlin. You can tell he's very involved and a players coach. That's what stood out to me. He wants to win and that is what I am on. My role is role. He just told me to come in and be me. Everyone knows how I play." 2/2 https://t.co/asH8Na98pv

Ingram, 32, becomes a rare exception of a 30+ year old defender signed by Kevin Colbert and the Steelers. He’ll become important depth at outside linebacker behind starters T.J. Watt and Alex Highsmith. After losing Bud Dupree to the Tennessee Titans, the Steelers did little to address the position. They drafted Quincy Roche in the sixth round and signed Jamar Watson and Calvin Bundage as UDFAs. But it’s difficult to count on late-round or undrafted rookies and veteran Cassius Marsh would likely be ill-suited to be the team’s #3 pass rusher.

Behind Watt and Highsmith, Ingram is likely to play between 15-25 snaps per game. It’s doubtful he sees time on special teams, leaving those snaps to whoever the #4 outside linebacker becomes in addition to the off-ball linebackers on the roster, like rookie Buddy Johnson.