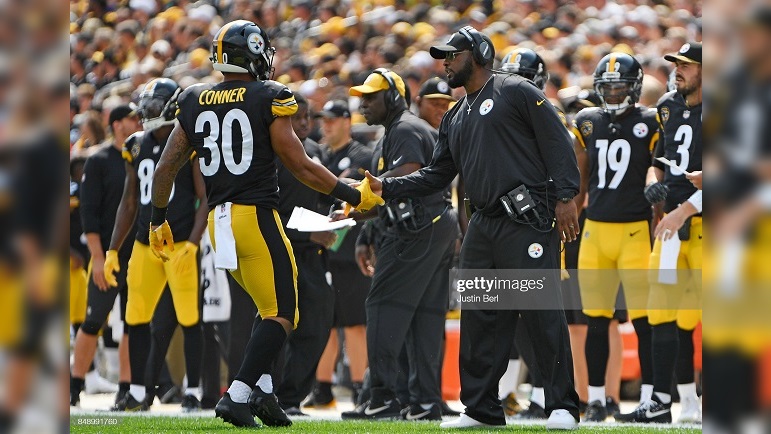 Not surprisingly, the Pittsburgh Steelers didn’t re-sign running back James Conner during the offseason after the former third round draft pick out of Pittsburgh went through another overly disappointing season in 2020. Conner ultimately wound up signing a one-year contract with the Arizona Cardinals for $1.75 million in April and he’s now expected to get quite a few touches with them in 2021. While the Steelers seemingly had no interest in re-signing Conner, head coach Mike Tomlin reportedly was sad to lose the running back this offseason.

On the Big Red Rage, the Cardinals’ weekly radio show on their official website, co-host Ron Wolfley, who is the brother of Craig Wolfley, the sideline reporter for the Steelers, revealed that he had heard Tomlin was very disappointed to see Conner leave Pittsburgh this offseason.

“Mike Tomlin absolutely was heartbroken that they couldn’t get something done, heartbroken that James Conner was actually walking out of that organization,” Ron Wolfley said he had heard from his brother.

While it might be true that Tomlin was disappointed to see Conner leave this offseason, I’m sure he got over the losing the Pittsburgh product very quickly after the team selected former Alabama running back Najee Harris in the first round of the 2021 NFL Draft. Harris is expected to be the Steelers new bell-cow running back moving forward.

With Conner accepting a one-year contract from the Cardinals worth $1.75 million, the Steelers could have easily matched that deal if they had really wanted the running back to return for the 2021 season.

Conner was a model player for the Steelers during his four seasons with the team and its unfortunate that he had the injury issues that he did. It will now be interesting to see if Conner can return to his 2018 Pro Bowl form with the Cardinals in 2021.