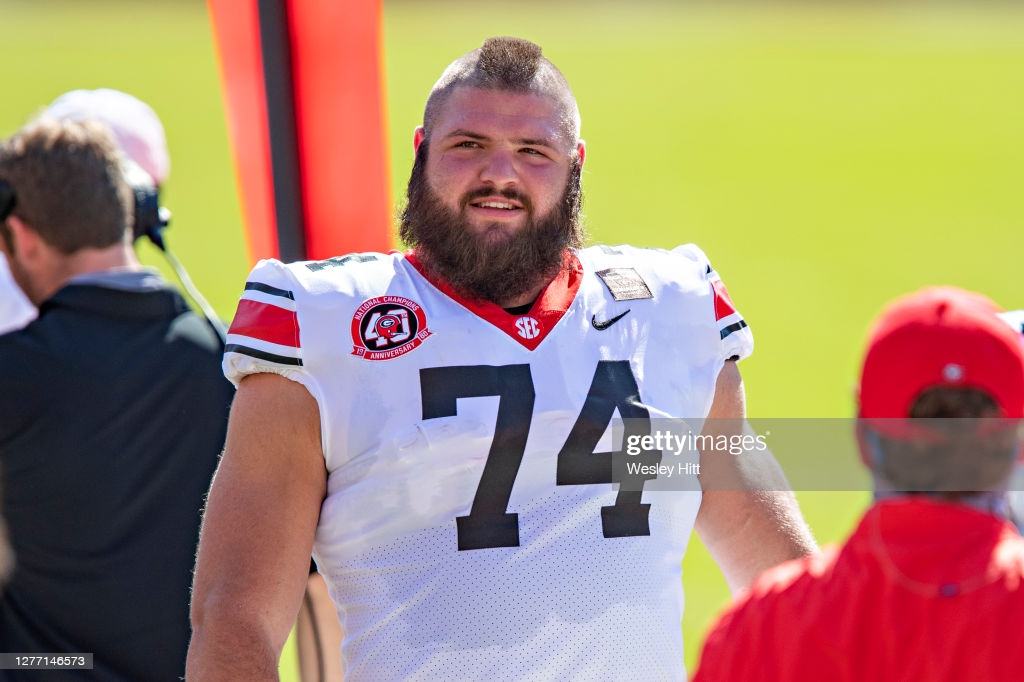 The Baltimore Ravens are known for being among the strictest physical evaluators in the NFL. I don’t have the numbers, but I’m sure you can put up their record of failing players on their physicals against anybody else in the league. Ask almost-Ravens wide receiver Ryan Grant.

Another obstacle that is notoriously difficult to pass is the Ravens’ opening training camp conditioning test. That’s something rookie lineman Ben Cleveland just found out, as he failed the conditioning test yesterday, and now finds himself starting out his rookie training camp on the Non-Football Injury List.

The third-round pick was joined by rookie free agent tight end Jake Breeland on the Non-Football Injury List. Unlike Cleveland, however, Breeland is still recovering from an ACL and meniscus tear that he suffered in October.

While the reason was not announced, it is extremely likely, as history shows, that Cleveland was placed on the list because he failed the conditioning test. It’s actually somewhat remarkable as an indicator that he is the only one to have done so. Usually, the Ravens have at least two or three who fail their first try.

As for the unfortunately-named lineman, he is vying for a starting job this summer, with an opening at left guard after the Ravens moved Bradley Bozeman, their primary starter there for the past couple of years, to the center position.

But he is just one of numerous Bens who are also in the mix. There is also Ben Powers, a 2019 fourth-round pick who grew up a Steelers fan. Ben Bredeson is yet another, who was drafted in the fourth round last year. Tyre Phillips is the only likely candidate not named Ben. Phillips, a third-round pick last year, started eight games, and missed four due to injury.

One edge that Cleveland has over all of them is simply…mass. He is 6’6”, but he is also listed at 257 pounds according to the Ravens’ website. That is certainly a wide load that would fit their run-first offensive attack plan.

Baltimore had had to make a lot of adjustments to their offensive line, much like the Steelers. It’s possible that Ronnie Stanley, assuming he is healthy enough to open the season, will be the only starter in the same position from last season.

There is Bozeman, of course, moving from left guard to center, and we’ve already discussed the open competition at left guard. Kevin Zeitler was signed to play right guard. After trading Orlando Brown Jr., they signed Alejandro Villanueva, of course from the Steelers, to play right tackle.