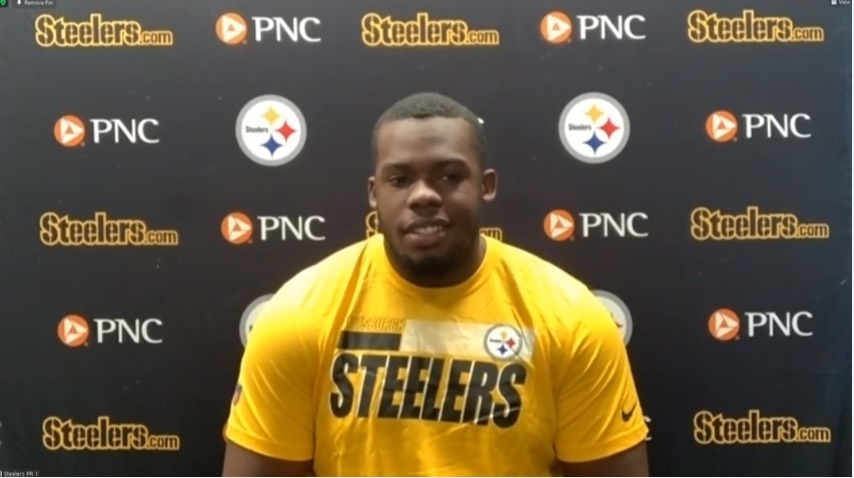 There is usually at least a punter or two drafted every year, so it’s not so out of the ordinary that Pressley Harvin III heard his name called in the seventh round of the 2021 NFL Draft back in May, letting him know that he would be going to the Pittsburgh Steelers.

It’s much more out of the ordinary for a punter who looks like he does—in multiple senses—to come into the league. His defining traits distinguish him from nearly all of his peers, and at times, it has been an obstacle, sometimes more mental than actual.

You don’t see many men who look like linebackers punting the football. You don’t see many 255-pounders in that spot—he is the heaviest non-lineman and non-tight end on the Steelers’ roster. You also don’t see many African-Americans playing the position either. Harvin is very aware of this, and knows his success can help break stereotypes.

“I definitely hope that I am doing that”, he recently told Teresa Varley for the team’s website. “I have always been striving to make changes, not just for myself, but people behind me. It’s people that come after me, that looked up to me, that I am showing them the right way of doing things. I am changing things for the people behind me”.

The most notable black punter to modern audiences, and whom many fans wanted the Steelers to sign, is Marquette King. A one-time All-Pro, he had an eight-year career, but injuries and other factors have led to his being without an NFL job for the past two seasons. He wasn’t the only one, though.

“I am not the stereotype size and race for a punter, but I do it with my ability”, Harvin said, noting others who have done the same. “Being the first African American punter to win the Ray Guy Award, it’s not just about my name on that trophy, it’s about all of the punters who were before me, Greg Coleman, Reggie Roby, guys who paved the way for me to be in the same profession”.

Coleman and Roby were two black punters who both had long careers in the NFL. Roby played for numerous teams from 1982 through 1998, primarily with the Miami Dolphins. He was a three-time Pro Bowler and a member of the 1980s All-Decade Team. Coleman spent most of his career with the Minnesota Vikings, playing from 1976 through 1988.

There aren’t many others. Not before them, and not since. Coleman offered a theory back in 2016, explaining that most punters don’t actually make the roster their first year of college—it’s certainly been the case for the Steelers recently.

“So if they don’t have the support, the financial support, from family to keep training, to maintain that lifestyle, to sustain them for a year, or maybe even two, it’s going to be difficult for them to continue”, he said, implying that this is less likely to be the case for black players, who may be more likely to come from an economically disadvantaged background, who couldn’t afford attending the numerous kicking camps that have become the norm for specialist development.

As for Harvin, he didn’t have those camps, either. In fact, he was a lineman until junior high, and told Varley he wasn’t trained to punt until he got to high school. But now he is here in the NFL with an excellent chance to win a starting job.

“I had the mentality that I have to prove to people I can do this at a high level”, he said. “I took it really personal. I had my ups and downs. Just getting into high school, being on the football team, coaches try to lean you in a direction”.

“That was a direction I didn’t agree with. That was the one time I had to tell a coach no, I don’t want to do that”, he added as he was encouraged to change positions. “Usually, a coach will put you in a right position. That was the first time I told a coach no, I want to do this, not that. He told me flat out I wouldn’t be good at it. I thought this coach doesn’t believe in what I can do, let me show him I can do this”.

He’s shown enough to take it this far. Irrespective of background, he has been good enough to make it into the NFL. Now the next task is the keep and hold a job.