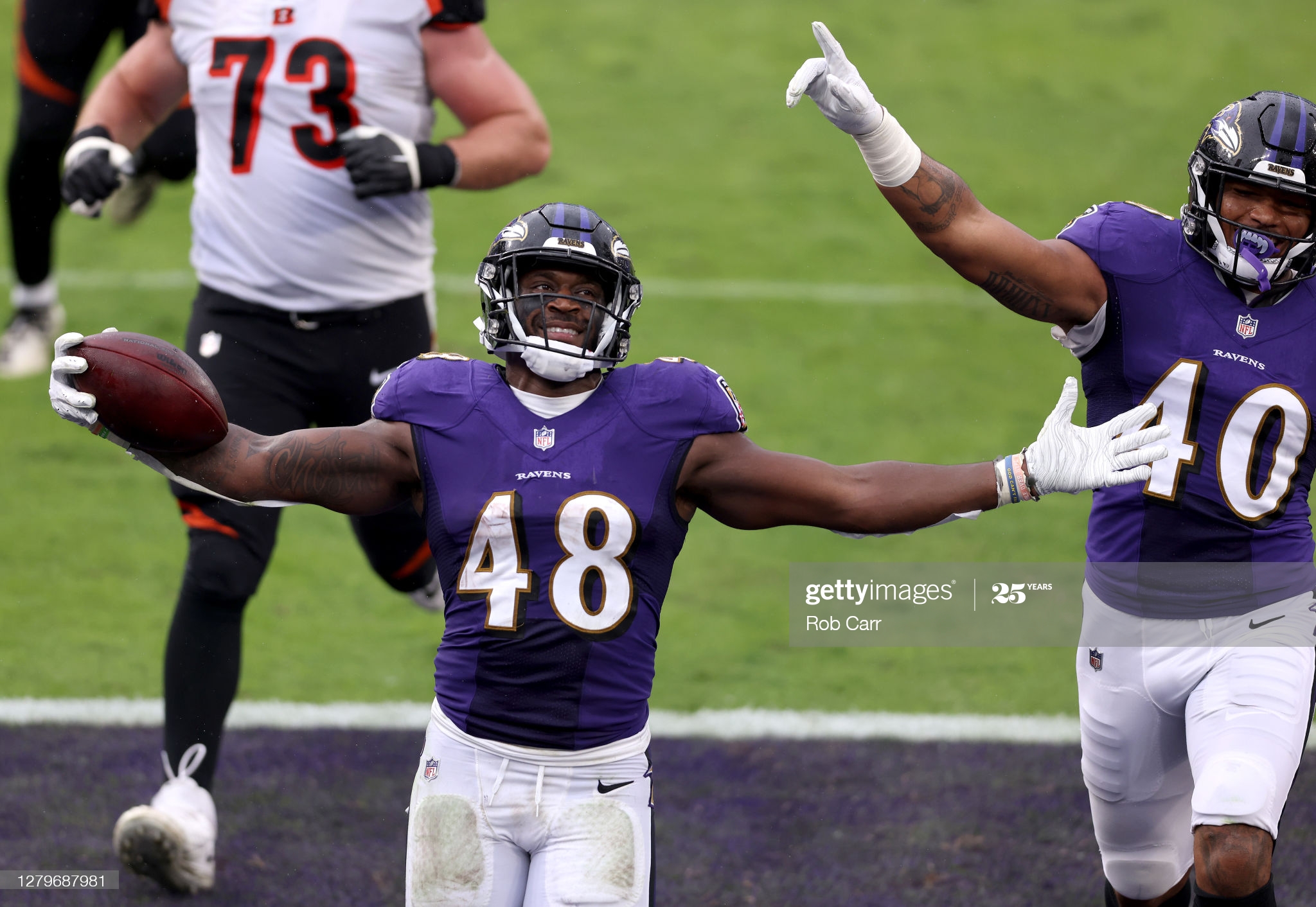 If there’s one thing the Baltimore Ravens value, it’s exceptional play at inside linebacker. For the most part, they went from Ray Lewis to C.J. Mosley, both former first-round picks, and now another in Patrick Queen, drafted out of LSU a year ago. He started every game as a rookie, and believes he’s ready to break out in year two.

“There’s a lot of stuff I need to clean up from last year”, he recently said during an appearance on Good Morning Football. “Being a breakout star, in position for next year, it’s kind of a humbling thing and an exciting thing as well, just to get to prove to everybody that I am a star. There’s a lot of stuff to clean up, like I said, but we’re looking forward to the season that we’re about to have”.

LB @Patrickqueen_ stopped by @GMFB this morning to discuss the upcoming season. pic.twitter.com/X264L72CkP

Queen compiled 106 tackles during his rookie season along with three sacks, an interception, two forced fumbles, and two fumble recoveries, one of which he was able to return for a touchdown. He combined for only four tackles and a quarterback hit during the Ravens’ two postseason games, however.

He was, of course, drafted in the pandemic year, which means that, like the rest of the rookie class, he was severely short-changed during the offseason. They had no team-sanctioned in-person spring workouts, with no preseason, and a curtailed training camp. Meetings were held virtually. It’s a wonder as many rookies played as well as they did.

But for Baltimore, and for Queen, it’s time for him to go from good to great, because an elite inside linebacker can have a transformative influence on a defense, which is where the Ravens expect themselves to be year in and year out, no matter the change in personnel.

“I feel like, it’s the Ravens defense, so you know how we’re gonna come”, he said of losing starters but retaining high expectations. “We’ve got those new guys up front in the draft. So there’s a lot of stuff to look out for. And we just want to be that same defense we were, a top-five defense. All the pieces that we’ve got, all the coaching that we’ve got added to the team, it’s going to be a big season. And I can’t wait”.

After losing both of their starting edge rushers in free agency in Matthew Judon and Yannick Ngakoue, the Ravens added Odafe Oweh in the first round and then Daelin Hayes later in the draft. They also added a couple more cornerbacks, with Brandon Stephens in the third and Shaun Wade, a high-upside candidate, in the fifth.