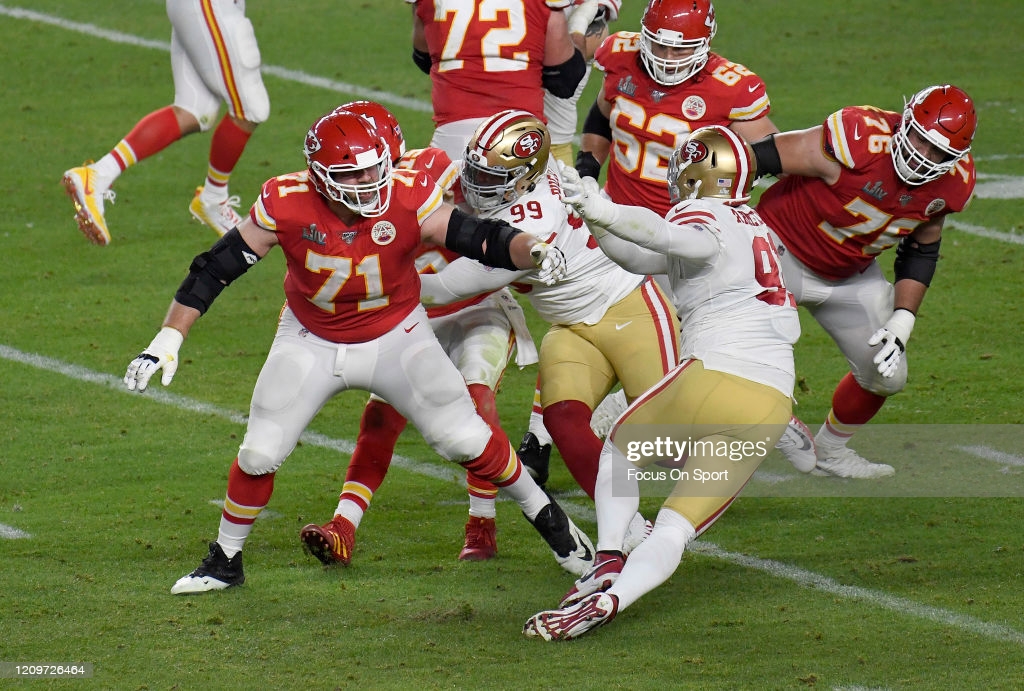 If the Pittsburgh Steelers are looking to make a late free agency addition, they could continue to bolster their offensive line. NFL.com argues former Cleveland Browns and Kansas City Chiefs’ OT Mitchell Schwartz is the best fit for the team (and vice versa).

In explaining the fit, the site writes:

“At the end of the 2020 regular season, Pro Football Focus ranked Pittsburgh’s offensive line No. 17 overall. In run blocking alone, the unit graded out as the second-worst in the league. As a Chief last season, Schwartz ranked 29th overall among offensive tackles (min. 300 snaps played), though he missed much of the season with a balky back.”

Not exactly a ringing endorsement for any party involved unless you subscribe to the idea of “misery loves company.” But much has changed since last season. Pittsburgh has completely revamped their offensive line this offseason. Maurkice Pouncey retired, David DeCastro was released, and Alejandro Villanueva was allowed to hit free agency and signed with rival Baltimore. The team drafted Kendrick Green in the third round to be their starting center for the present and future and replaced DeCastro with five-time Pro Bowlers Trai Turner.

Schwartz played just six games last season before a back injury ended his campaign. Just turned 32 years old, there would be risk but Schwartz is probably a lot healthier now than he was eight months ago.

Still, while NFL.com might think it’s a logical fit, it doesn’t make a lot of sense. Schwartz has been a right tackle his entire career and Pittsburgh re-signed Zach Banner to a two-year deal worth starter money this offseason. Despite recovering from a torn ACL, he’s fully expected to be the team’s starting right tackle come Week One. In theory, one of Banner or Schwartz could move to left tackle but it wouldn’t be as good of a fit. And the team wants to get a long look at Chukwuma Okorafor who is arguably a more natural left tackle and better fit on the blindside.

But the site argues a fresh start for Schwartz coupled with the Steelers’ line starting over is the right match.

“Schwartz could provide the experience and ability necessary to change Pittsburgh’s potential to earn first downs and touchdowns, allowing Harris to enjoy a smoother transition from college to the NFL.”

Barring injury, it’s unlikely to see Schwartz be signed by the Steelers unless he was willing to take a minimal amount of money to be the team’s backup. Joe Haeg will probably carry out those duties this year as the team’s versatile swing man.

At this point, the Steelers have made more than enough changes to shake up their starting five. Now it’s about letting players get reps, compete, and battle it out to determine how the front five will look this year.