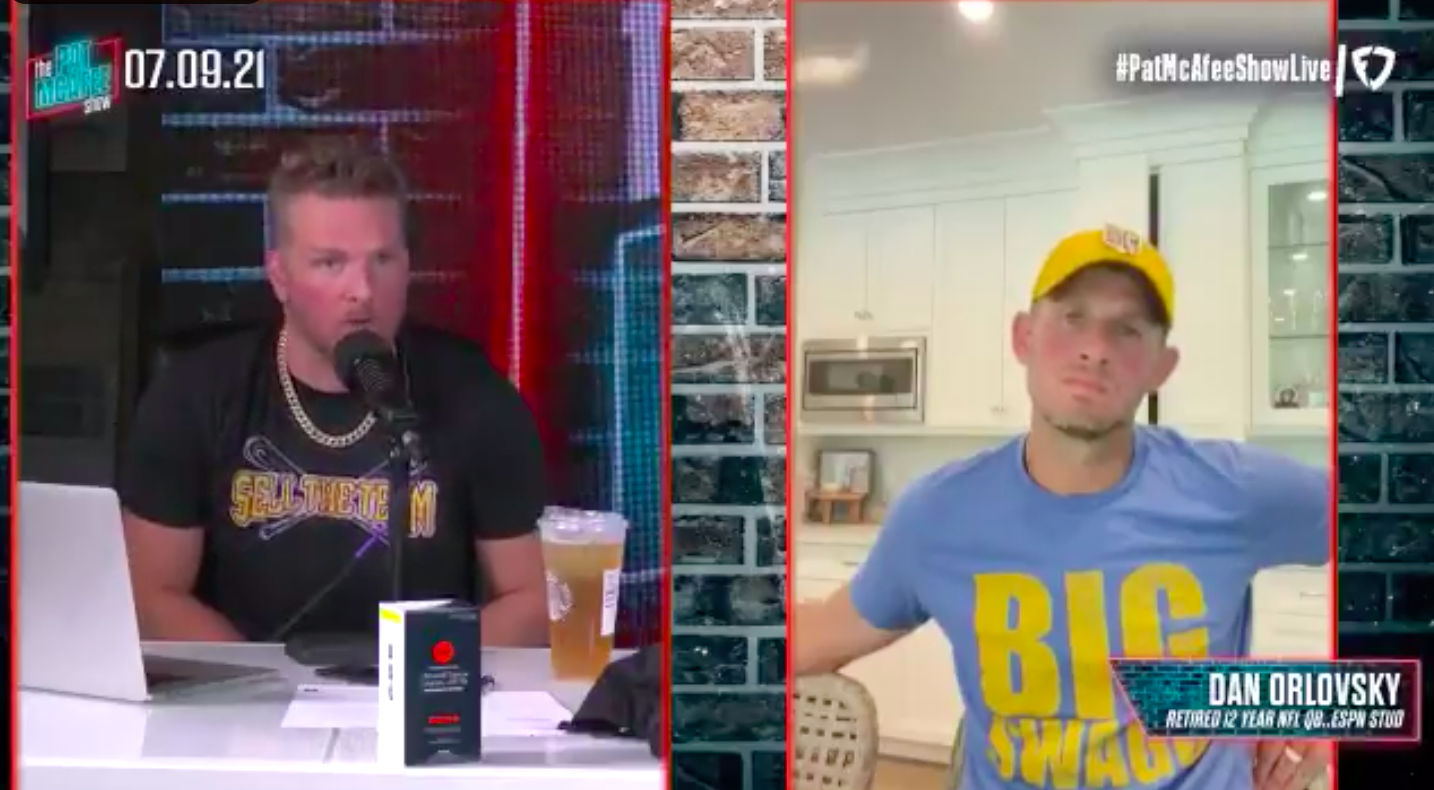 When ESPN’s Mike Tannenbaum spewed the hottest of hot takes on Thursday regarding Steelers’ quarterback Ben Roethlisberger and his overall projection for the veteran quarterback in 2021, ESPN colleague and former NFL quarterback Dan Orlovsky looked incredulous on the screen next to him.

As Tannenbaum uttered the words “bad” and “benched” regarding Roethlisberger in 2021, Orlovsky was beside himself and was preparing a rebuttal. Instead, ESPN moved on to another topic and never quite gave Orlovsky — one of the best minds in the talking-head game at this point, especially when it comes to quarterbacks — a chance to respond to Tannenbaum’s ludicrous take.

Orlovsky got the chance on Friday though, appearing on the Pat McAfee Show.

Much like he has in the past, Orlovsky defended the veteran Steelers’ quarterback, quickly pointing out what Roethlisberger has done in the last two years as a starter statistically, which is an area of Roethlisberger’s game that is consistently overlooked when discussing the 39-year-old quarterback.

“…the Big Ben one [Tannenbaum’s take] was shocking to me because I bet you, most people don’t know what Big Ben has done the last two years as a starter,” Orlovsky said to McAfee. “You know, like I think most people are like, ‘oh, Big Ben’s probably thrown for like 20 touchdowns and eight interceptions. Dude in the last, like two years as a starter he’s got like…80 touchdowns and 30 picks or somewhere close to that. The guy’s been playing good football. And so I sat there and I said, wait. You mean to tell me you think it’s better for the Steelers to go to Dwayne Haskins, eight games in, over Big Ben? Like, that’s, that’s what that implied. And if he believes that he believes that I just certainly do not.”

To clarify, Roethlisberger has 67 touchdowns and 26 interceptions in his last two seasons as a starter (2018 and 2020) and is coming off of a season in which threw for 3,803 yards, 33 touchdowns and just 10 interceptions as the Steelers went 12-4 in his return season from elbow surgery, winning the AFC North division title.

Orlovsky’s point still stands though. People do forget what Roethlisberger has done his last two seasons as a starter. While his close to the 2020 season wasn’t great (12 touchdowns, eight interceptions as the Steelers went 1-5), it’s hard to pin any of that on Roethlisberger overall, aside from the turnovers in the playoff loss.

He isn’t what he once was (aside from Tom Brady and Aaron Rodgers, what QB is at 39 years old?), but Roethlisberger can still provide the Steelers with good football, as he’s shown. It’s great to hear a guy like Orlovsky bring facts to a discussion like this, rather than spew hot takes and never have to answer for them, like Tannenbaum.

Of course, that shouldn’t be too surprising considering Tannenbaum was the guy that drafted Mark Sanchez in the top 5 in 2009, and had some colossal misses with the Jets and Dolphins in his time as General Manager and Executive Vice President of Football Operations.