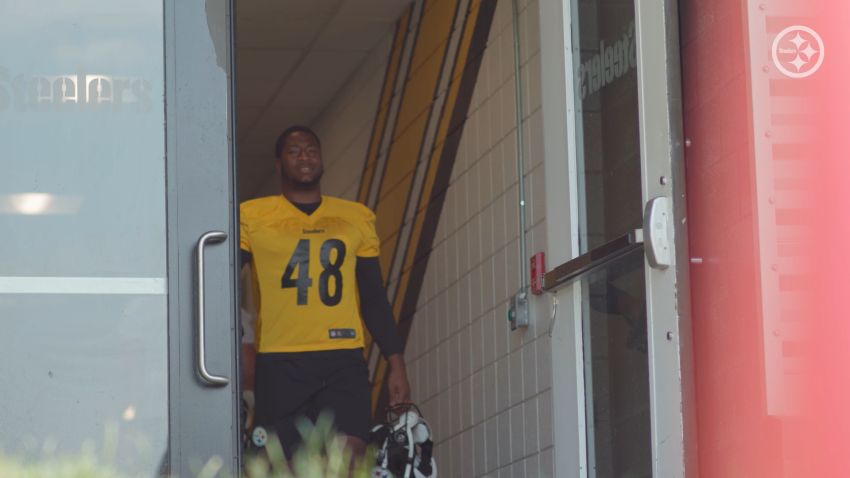 At this time a year ago, or at least 14 or so months ago, most prognosticators were probably still comfortable predicting that the 2021 salary cap would be in the vicinity of $210 million, roughly a $10 million increase from the previous year, which had loosely become the norm.

Because of the economic ravages of the pandemic, the salary cap instead dropped, resulting in about a $25 million swing between where it was previously expected to be this year versus where it wound up, and this caused every team in the league to make difficult decisions about who to cut and who to let leave in free agency.

While it was a longshot all along, the shrinking cap gave the Pittsburgh Steelers no chance of retaining outside linebacker Bud Dupree, who landed a big deal in free agency with the Tennessee Titans, and Ola Adeniyi followed him there.

That leaves the Steelers with only T.J. Watt, 2020 third-round pick Alex Highsmith, and journeyman Cassius Marsh from the position on last year’s roster. Since, they’ve only added Quincy Roche in the sixth round and a series of Futures or Futures-equivalent players.

They clearly lack quality, proven depth at the outside linebacker position as they are set to break for training camp in little more than a week’s time. For Mark Kaboly of The Athletic, it’s the worst offseason move the Steelers have made in 2021:

When you head into the offseason at $25 million over the cap, there’s not much room to address all the depth issues. Outside linebacker was the one that fell through the cracks having only transient Cassius Marsh and rookie mid-rounder Quincy Roche to back up T.J. Watt and Alex Highsmith, a second-year player who is taking over for the departed Bud Dupree. This could be a moot point come training camp or slightly after if they bring someone else in, but as of now, it’s an issue.

As he points out at the end, the current state of the position doesn’t have to be where it winds up. Following the unfortunate surprise parting with David DeCastro, they do have some salary cap space that they could use to bring in a veteran for depth, though the pickings are not necessarily appetizing at this time of year.

While Roche may very well prove to be a steal, as many believe that he was, it is a dangerous game to play if you’re heading into a season counting on a sixth-round edge defender to play a critical role in your plan to insulate yourself from injury for the season. But it’s not as though the Steelers had any great options in the first place, at least in free agency.