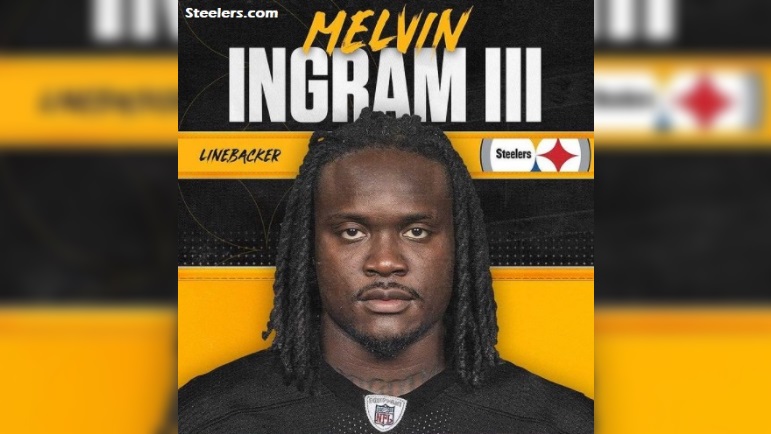 The Pittsburgh Steelers Thursday training camp practice is now underway, and word has surfaced that new outside linebacker Melvin Ingram will have a single-digit uniform number.

According to reports, Ingram is wearing No. 8 for the Steelers during Thursday’s practice. Ingram wore No. 6 during his college career at South Carolina. He probably would have chosen No. 6 with the Steelers had it not already been issued to rookie punter Pressley Harvin III. It will be interesting to see if Harvin makes the 53-man roster this year, however. If he doesn’t, we could see Ingram switch to No. 6.

During his first nine seasons in the NFL with the San Diego and then Los Angeles Chargers, Ingram wore No. 54.

Wonder if Melvin Ingram might go with No. 8 with Pressley Harvin III having No. 6. #Steelers pic.twitter.com/c5Z8VuaXqo

Back in April, NFL owners approved the proposal on changes to jersey numbers. The proposal, submitted by the Kansas City Chiefs, adjusted the restrictions on who can wear which jersey numbers. Specifically, the approval unlocks the number of players eligible to wear single-digit numbers, which had previously been relegated to QBs, kickers and punters.

As previously reported by the Steelers on their website, the team issued new guard Trai Turner No. 51 initially, while new tackle Chaz Green is wearing No. 74 at the start of training camp.