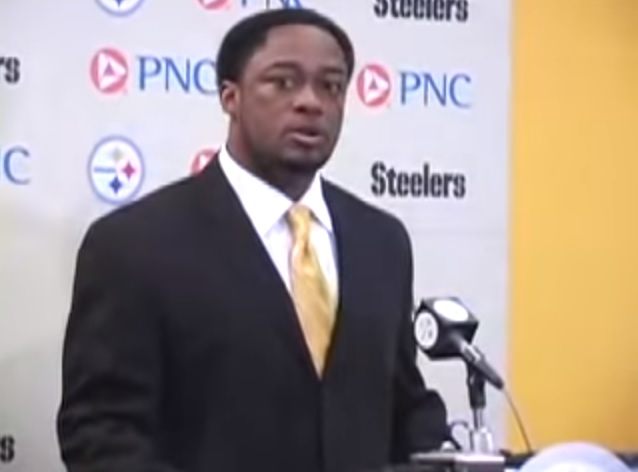 Everyone thought it was going to be Russ Grimm. Or maybe Ken Whisenhunt. At the time, Mike Tomlin being named the Pittsburgh Steelers’ head coach was an upset. He was largely an unknown and became the youngest head coach in football. Reflecting back on that time, Tomlin admits he didn’t think he was going to get the job. And the comfort he had because of that is probably what got him hired.

Tomlin joined the Flying Coach Podcast, hosted by NFL Network’s Peter Schrager and Rams’ head coach Sean McVay, to talk about what that process was like.

“For me, it felt like I was playing with house money, to be quite honest with you,” Tomlin told the show. “That’s probably why I performed as well as I did in the interview and why I got the job. I didn’t expect to be in that position. I didn’t see a whole lot of negatives in terms of being in that position. I went in there and I was very comfortable. I was myself.”

Tomlin had spent just one year as the Minnesota Vikings’ defensive coordinator after spending years as a DBs coach with the Tampa Bay Buccaneers. His candidacy initially seemed like a longshot. But he impressed the entire organization and like Chuck Noll or Bill Cowher, became the young, defensive-minded face of the franchise.

Tomlin went on to say he was so focused on proving himself as a DC, he hardly thought about what it would take or be like to become a head coach.

“I spent so much time just fighting to get in position to call a defense. I poured so much energy in preparing to be a defensive coordinator and making sure that tape was hot and not looking beyond that, I didn’t get enough time to put too much weight on the opportunity. I went in there like I was playing with house money. And I think it worked to my advantage.”

At the time, Tomlin even admitted he was still trying to wrap his head around the idea of running a team after being an assistant coach just two years earlier.

“I’m still coming to grips with what that means,” Tomlin said via ESPN in January of 2007. “But I am what I am as coach — I don’t call myself a 34-year-old coach or an experienced coach, I’m a football coach.”

It was a decision that clearly worked out for both sides. Though the last decade overall has been a disappointment, Tomlin turned a 8-8, 2006 team into Super Bowl champs just two years later. They’d soon return to another Super Bowl, though lost to Green Bay, but have been a contender year-in and year-out. There’s no question the team needs more playoff success and that road is only going to get tougher, we said as much after last year’s ugly Wild Card loss, but Tomlin has had an overall successful coaching career. A potentially Hall of Fame one, especially if he can at least go to another Super Bowl and definitely if he wins his second.

Tomlin was joined by Raheem Morris on the podcast with some great stories of their time together. Well worth the listen to get you through this work week. Again, check it out via The Ringer at the link here.