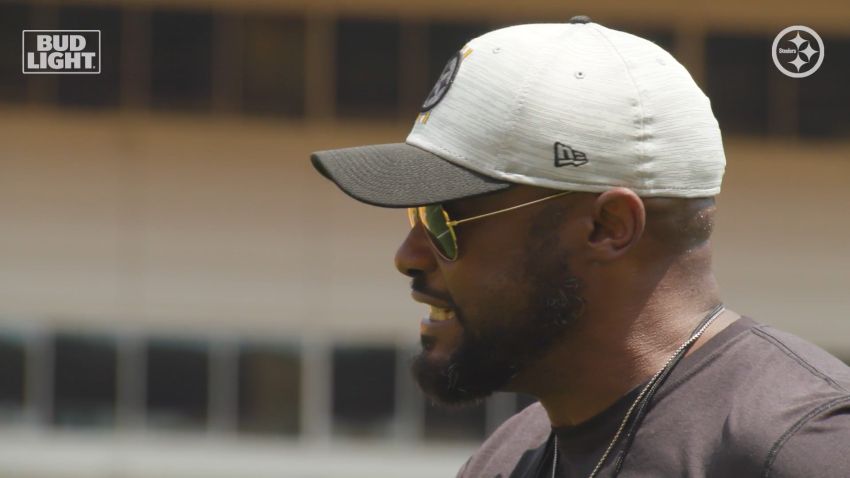 The Pittsburgh Steelers have had a fair amount of turnover since the end of last offseason, a bit more than is their norm. No position group was hit harder than the offensive line, which lost four starters, with Maurkice Pouncey retiring, David DeCastro released with an injury, and Alejandro Villanueva and Matt Feiler departing in free agency.

The team had some internal solutions, with Chukwuma Okorafor projected to move to left tackle, and second-year Kevin Dotson plugged in at guard, but they had to sign a veteran in Trai Turner when bushwhacked by the DeCastro news, and will likely have a rookie at center.

So far through the early portions of training camp, however, the Steelers have struggled to field even their new-look offensive line. Zach Banner is continuing to work his way up to full participation in team drills, while Okorafor and Dotson are nursing minor ailments, which has granted reps for the likes of Joe Haeg, rookie Dan Moore Jr., and Rashaad Coward.

“Let’s be clear”, head coach Mike Tomlin said after practice when asked about the offensive line, “all positions are open. Somebody makes enough plays out there, we’ll believe them, particularly as we get into the preseason games and we get an opportunity to play those four preseason games”.

Outside of Turner, who was brought in as a free agent, the Steelers’ projected starters along the offensive line in particular have relatively minimal experience. Banner only started one game before tearing his ACL last year. Dotson started four games, and is playing on the left, where he is less comfortable. Okorafor has 18 career starts, but all on the right side. Green, of course, is a rookie, and didn’t even extensively play center in college.

Strictly speaking, none of these players, perhaps not even Turner, are so entrenched that they can’t be uprooted from the starting group. What if, for example, Coward looks significantly better than Turner? Would they really play the former five-time Pro Bowler even if his play doesn’t justify it? Tomlin indicates that they would not.

“That’s just the right attitude to have this time of year”, he said about holding the policy that any job can be won over the course of training camp and the preseason. “Not only in the offensive line, but across all positions”.

That goes for Alex Highsmith and Melvin Ingram at outside linebacker, Antoine Brooks Jr., Arthur Maulet, and James Pierre at cornerback, and elsewhere. Now, don’t expect T.J. Watt or Cameron Heyward on the bench as a healthy scratch any time soon, but you get the idea.