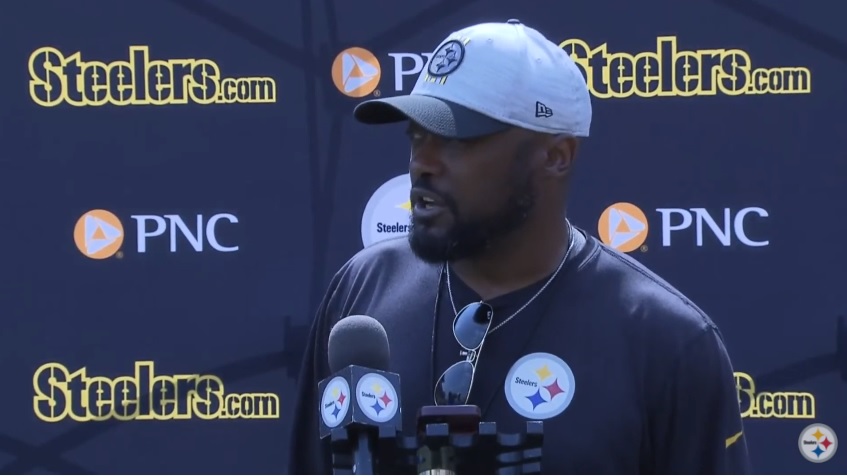 Mike Tomlin didn’t dive into specifics for his Tuesday training camp injury report but he noted Ben Roethlisberger was not at Heinz Field today due to an excused absence. Speaking with reporters after practice, he went through a brief injury recap.

“Have a number of guys that miss some work for a variety of matter,” Tomlin said via the team’s YouTube channel, which streamed the press conference. “Reasons most of which we’ve been talking about. I gave Ben the day off for personal reasons. He’s been excused by me. We look forward to get him back tomorrow. Other guys that are working their way back, getting back to us and so we expect those guys to be back in a short number of days.”

It’s unclear the pecking order of quarterbacks behind Roethlisberger. Presumably, Mason Rudolph saw the bulk of first-team reps with Dwayne Haskins and Josh Dobbs battling for the rest. As Tomlin said, Roethlisberger will return for tomorrow’s practice, the first one in pads and the first one in front of fans.

Tomlin did not name other players who were held out of practice. But Kevin Dotson hasn’t practiced yet due to a “tweak” he suffered prior to training camp. Chukwuma Okorafor and Zach Banner have also been limited, given little to no work in team drills. Center JC Hassenauer presumably did not practice due to a knee injury suffered over the weekend.

We’ll get a better feel for who the status of these guys during tomorrow’s practice when we get out to Heinz Field for the first time. Tomlin’s remained adamant the injuries the team is dealing with right now are minor and shouldn’t impact long-term availability. Look for a full write-up from us during and after practice.