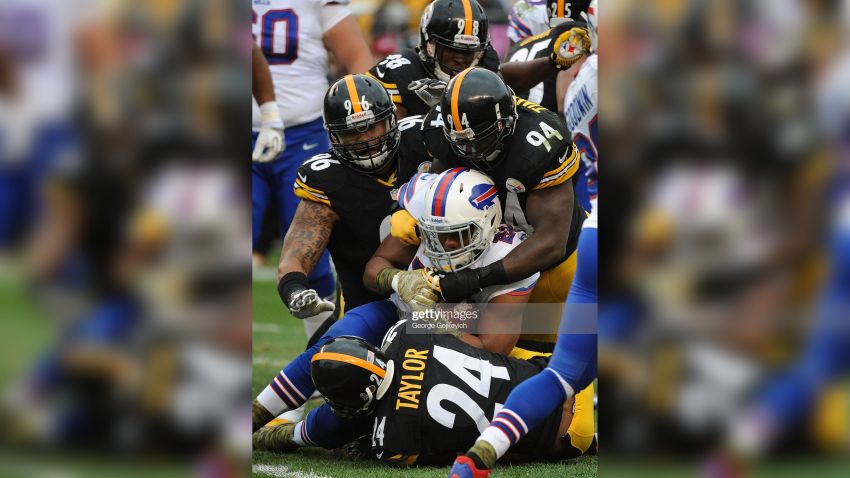 The Pittsburgh Steelers announced on Wednesday that inside linebacker Vince Williams would be retiring after eight seasons with the team. Originally drafted in the sixth round out of Florida State in 2013, he is something of a bridge between the teams of the past and those of today, and has always embodied both the team spirit and a pure passion for the game.

He’ll have left a legacy in Pittsburgh that is evident in the fact that both the young players on today’s roster like Devin Bush and Robert Spillane admire him, and that those of the 2000s teams instantly embraced him as one of their own. In fact, Ike Taylor reminisced after the announcement that he played a role in putting Williams on the Steelers’ radar.

“That’s my dawg. I’m sad to see Vinny leave Pittsburgh, because I actually helped him get to Pittsburgh”, he said on the Bleav in Steelers podcast with Mark Bergin. “When Pittsburgh asked me, ‘Ike, who do you like?’, I said, this kid named Vince Williams”.

“He got a chance to go to the Senior Bowl, and when they saw him be a field general, and he’s coming downhill laying the wood, and you can talk to him about Xs and Os, been in college for three and a half years, they’re like, ‘oh yeah, he’s one of us for sure’. That’s what I hate to see”, he went on.

There certainly was a time in the NFL in which Williams would have been closer to a first-round pick rather than an undrafted guy, but that’s the way the game has evolved over the course of time. He embraced his skill set and always made the most of his opportunities.

“Vinny isn’t athletic. He’s not gonna wow you with speed”, Taylor, who was one of the fastest defenders in Steelers history, said. “But when you talk about a football IQ, and a field general, and actually knowing what they’re trying to do to the defense, that’s Vinny all day”.

Williams was able to make the 53-man roster as one of two backups as a rookie in 2013, playing behind Lawrence Timmons and Larry Foote. Foote suffered a season-ending injury in the opener, however. Kion Wilson got the initial opportunity to play in his place, but it soon became apparent that it would be the rookie better suited to the role.

Though they morphed into a base-dime defense following the injury, Williams got his chance to play, but he would later admit he was a bit hurt when the Steelers drafted Ryan Shazier in the first round the following year. Of course, they would go on to become best friends, and would eventually start together, until Shazier’s injury.

Several years later, when the team drafted Bush and signed Mark Barron in free agency, he was again demoted to a rotational role, but this time, he took it all in stride. He still got his snaps, but he showed himself to be the ultimate team player throughout the process.

He was back in the starting lineup again last year, and put in another quality season, but now he’s giving way to Spillane, in whom he believes fully. Who knows, perhaps one say we’ll see him on the sidelines coaching those two.