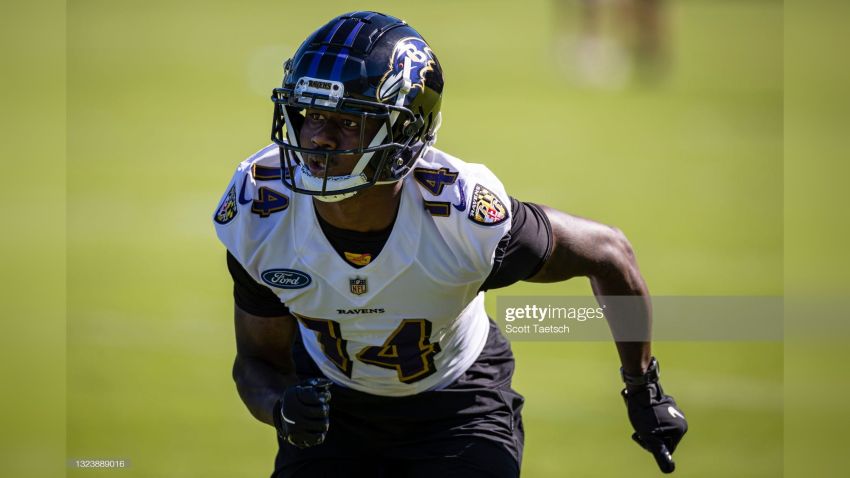 It’s old hat by now to say that the Baltimore Ravens’ focus during this offseason was to upgrade their receiver group. They invested heavy resources in the effort, utilizing both free agency and the draft to do so, and that process started with the signing of free agent Sammy Watkins.

A former first-round pick with the Buffalo Bills, he did play under current Ravens offensive coordinator Greg Roman for two seasons in 2015 and 2016, and is now reunited once again, flanked by Baltimore’s own recent first-round picks: Marquise Brown in 2019, and Rashod Bateman in 2021.

Suffice it to say that Roman has a pretty high opinion of his new weapon, having followed his career and even coached him in the past. Speaking to reporters yesterday, he called Watkins a gem. “He’s a great player and a great person”.

“Sammy, to me, is one of the best receivers in the NFL – period”, he said. “I think he’s doing a great job, really, in everything – meetings, everything, just his presence, his communication with the other receivers, the advice he’s giving them. So, he’s a much more seasoned player than I knew him in his second season”.

Health has not been on Watkins’ side over the course of his career, though. In seven seasons, he has only played 16 games once. He has missed six games in two of the past three seasons, including last year, during which he was limited to only 37 receptions for 421 yards and two touchdowns.

He has spent the past three seasons with the Kansas City Chiefs, having had to compete for targets with the likes of Tyreek Hill and Travis Kelce, as well as Mecole Hardman and various other role players. Over the course of 34 (of a possible 48) games during that time, he recorded 129 receptions for 1,613 yards and eight touchdowns.

While Watkins’ numbers don’t match up with Roman’s opinion that he is one of the best receivers in the NFL, there can be no doubt that he possesses elite athletic traits, which is one of the reasons he was such a high draft pick in the first place. It’s possible that his personal relationship biases him.

Frankly, even if he is the Ravens’ number one target this year, going from Patrick Mahomes to Lamar Jackson isn’t likely to make it any more realistic that anybody will agree with his opinion. But you never know. That’s why they play the games, after all.