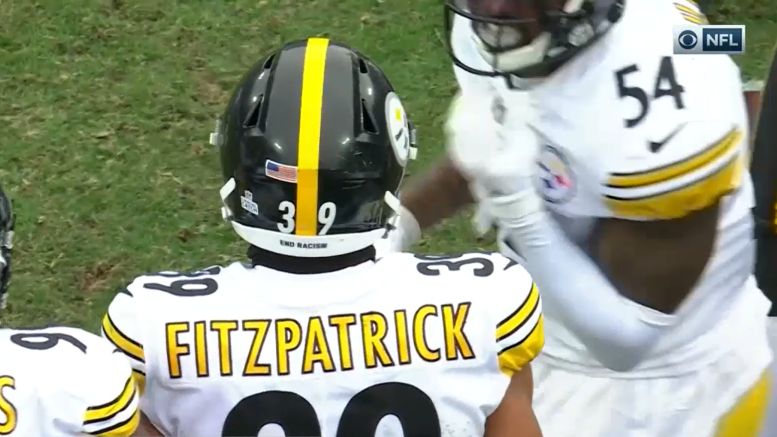 Following a disgruntled exit from Miami, largely stemming from frustration due to his role in the defense, Minkah Fitzpatrick’s impact was felt immediately in Pittsburgh, earning a First Team All-Pro bid in 2019 while operating almost exclusively as the Post Safety in the Steelers single high centric scheme.  Ahead of his 2020 campaign, much of his media attention centered around the narrative that himself and the coaching staff were working to deploy him in a more nuanced and versatile role in the defense.

While I had my reservations toward moving the game’s best post safety into a variety of different roles, Mike Tomlin, Keith Butler and company undeniably found effective ways to expand Minkah’s role, utilizing him as a Robber defender in Cover 1, underneath zone defender in various schemes, and even occasionally as a traditional blitzer alongside his usual post safety work.  Working from his expanded role, Minkah built on his stellar 2019 season, recording 79 tackles, a tackle for a loss, a forced fumble, 11 passes defended, and four interceptions, including a Week 5 pick six against Cleveland, enough to earn him a second straight First Team All-Pro nomination.  In doing so, he became the first Steeler ever to record consecutive First Team All-Pro nominations before their 25th birthday, a monumental feat.

While Minkah recorded plenty of work rotating down from two high safety sets into robber and hook/curl zone roles, I find myself particularly intrigued by a potential 2021 expansion of his role playing from within the box.  Thus, today, we’ll be diving into a few examples of Minkah’s play within the box, and why I think he has the potential to replace some of what was lost in the free agent departure of one of the league’s most unique skill sets at the defensive back position, Mike Hilton.

Diving into our first example from a Week 5 blowout victory over the division rival Cleveland Browns, Minkah aligns as a standup rusher crowding the A-gap to the field side next to Cam Heyward.  At the snap, Devin Bush stunts from the edge to replace Minkah as an interior rusher, with Minkah Fitzpatrick dropping out to assume his role as the underneath hole defender in the Steelers Cover 1 hole scheme.  At the snap, Minkah opens to pick up Baker Mayfield’s first read, a shallow crosser, forcing Baker to step up into a collapsing pocket, where he would be sacked by Bud Dupree.  In third and short to medium situations like the one shown below, Minkah’s presence near the line of scrimmage allows him to eliminate quick game over the middle of the field, while also adding another body for the offensive line to account for in their pre snap read, helping the front four get home at a higher frequency.

Moving on to a third and long situation from a Week 10 blowout victory against the Cincinnati Bengals, Minkah Fitzpatrick plays around with his alignment pre snap, first stacking behind Cam Heyward, aligned as a Nose Tackle, before fainting an A-gap blitz to the boundary pre snap.  In the Steelers 2 man buzz scheme, with brackets to both the #3 receiver to the field side and the #1 receiver to the boundary side, the remaining Steelers defensive backs, all of whom are deployed in man coverage, are able to play with heavy outside leverage and force the Bengals receivers toward their help.  Thus, after aligning in the boundary A-gap, Minkah opens to bracket the #3 receiver to the field, forcing Joe Burrow to immediately revert to his second read, Auden Tate attempting to get open past the sticks on a comeback route.

Nonetheless, Joe Haden, operating with heavy inside help from Terrell Edmunds is able to operate patiently with heavy outside leverage, keeping himself in phase to secure the timely pass breakup.

Note, Tyler Boyd comes open on a seven route to the field side with Antoine Brooks Jr. in man coverage, yet, All-Pro Minkah Fitzpatrick’s presence as an underneath zone defender is enough to cause Burrow to try his luck against Joe Haden, who has quietly been one of the game’s most productive cornerbacks in the league on third down over the past two seasons.

Later in the same game against the Bengals, once again in a third and long situation, Minkah Fitzpatrick crowdes the line of scrimmage at linebacker depth, playing with his alignment before dropping into a hook/curl zone in the Steelers Cover 3 scheme.  At the snap, Minkah immediately gains depth, closing down Joe Burrow’s first read, a ball curl just past the marker, once again forcing Burrow to force the ball outside of the numbers to A.J. Green on a comeback route, allowing Steven Nelson time to undercut the long throw.

Once again, note how Minkah’s presence as an underneath defender on possession downs, whether in a man or zone coverage scheme, forces quarterbacks to identify his presence, and often to opt to test the Steelers boundary cornerbacks on longer throws outside of the numbers, which is exactly what the scheme intends to force.  Moreover, as you might observe here, Cam Sutton is the defender rotating to the post safety role in the Cover 3 scheme, making it imperative for the team to identify either a boundary cornerback, such as James Pierre to allow Sutton to continue his sub package role on third downs or identify a versatile player, such as Tre Norwood or Arthur Maulet, to assume full responsibility of the role as Sutton transitions to a full time boundary role.

Regardless, if the Steelers want to unlock Minkah Fitzpatrick’s full potential, and continue to flourish on third downs due to their versatile scheme and personnel, they will need to identify a sixth defensive back who can excel in their Dime package.

Lastly, we will take a look into one of the few examples of Minkah actually being deployed as a blitzer when aligned in the box, a role that I think he and the coaching staff can build on ahead of the 2021 season.  Below, on a third down and medium from the Steelers Wild Card Weekend loss to the Cleveland Browns, Minkah aligns as a standup rusher in the B-gap next to Cam Heyward, although thus far in the season, he had rarely blitzed when crossing the line of scrimmage.

At the snap, Minkah flies downhill, attacking Kareem Hunt with a full head of steam, generating noticeable power to put the back on his heels to flush Baker Mayfield out of the pocket before disengaging and closing on the quarterback to force an off balance, cross body throw which would fall harmlessly to the turf.

While Minkah has rarely blitzed thus far in the NFL, with only two quarterback hits and zero sacks to his credit, reps like this show his speed, power, and knack for getting after the quarterback.  Moreover, his Alabama tape in which he played Nickel, boundary cornerback and both safety positions, he frequently showcased the ability to wreak havoc behind the line of scrimmage, with five sacks, 16.5 tackles for a loss, and two forced fumbles to his credit.

In the wake of Mike Hilton’s departure, marking the loss of one of the premier pass rushing defensive backs in the league, Minkah could prove to be a key piece in replacing some of the pass rush productivity from the secondary, as needless to say, his running mate Terrell Edmunds has proven to be quite ineffective on a larger sample size of pass rush reps as a blitzer.

Nonetheless, as I identified previously, the team’s ability to continue to build upon Minkah’s growing role in this defense centers upon their ability to identify an effective replacement for Cam Sutton in Dime packages, a competition that is likely to include a slew of names with varying skill sets, with James Pierre, Arthur Maulet, Shakur Brown, Antoine Brooks Jr. and Tre Norwood appearing to be leaders in the clubhouse at the moment.  Regardless, following two stellar seasons, culminating in consecutive First Team All-Pro nominations, the sky’s the limit for the talented young safety, as he will continue to serve as a building block to this teams defensive future alongside T.J. Watt and Devin Bush.