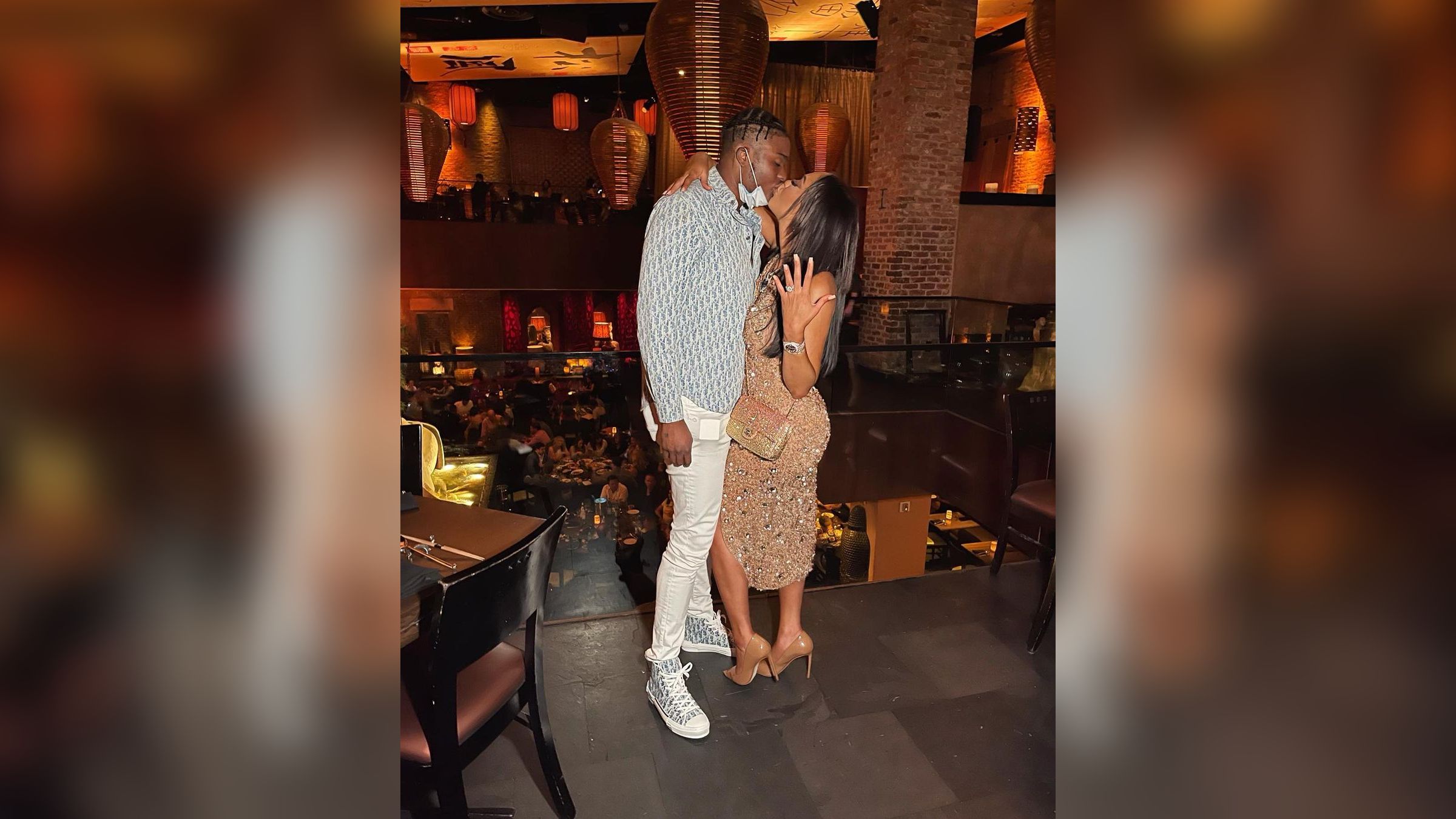 Dwayne Haskins is heading for a major competition beginning later this month as he looks to set himself up for an opportunity of a lifetime. The third-year quarterback, formerly a first-round pick, flamed out in Washington, but has an opportunity with the Pittsburgh Steelers to gain a foothold and potentially angle himself for a starting role as early as 2022.

There is one competition which he recently gladly took himself out of, however—the dating scene. He revealed via Instagram over the weekend that he is now engaged to his girlfriend, Kalabrya, who is already hyphening her name as Gondrezick-Haskins, according to her own Instagram profile.

His teammates and friends from around the league approved of the news, with rookie center Kendrick Green describing it as a “POWER MOVE”. “Couldn’t make you wait forever, for forever”, Haskins wrote in his Instagram post announcing the engagement.

The new Steelers quarterback, of course, is just the second Steeler to be engaged recently. T.J. Watt last week revealed that he had just gotten engaged to his partner, Dani Rhodes. Earlier in the offseason, James Washington also got engaged to his long-time girlfriend, Julia, and the two wedded in February.

I don’t generally spend much time at all contemplating the personal lives of athletes, but engagements and births and major life events of that nature are, I think, worth passing along, as they help to shape an individual’s character, and priorities. That doesn’t necessarily mean it shows up on the field, but frankly, if I have to write about arrests, I’m going to write about engagements, too.

Of course, it’s no surprise that these major events are happening just before training camp, because that marks the beginning of a six-month cycle of intense training and focus for NFL athletes, at least if they’re lucky enough to make it deep into the postseason. And there is an extra game now.

While Haskins got a ‘yes’ from his partner, though, he understands there is an immense amount of work left to be put in before he gets one—or rather nothing—from the Turk, letting him know that he’s made the team. As a reminder, you don’t want to hear anything if you’re on the roster bubble until 4PM. It’s the players who are getting cut who get called into the office. You might even find out you’ve made the team by scrolling Steelers.com—or maybe even Steelers Depot.

Haskins is competing with Joshua Dobbs for a spot on the 53-man roster this year, and potentially with Mason Rudolph for the right to be the direct backup to Ben Roethlisberger in what may be the 39-year-old’s final season in the NFL.

Rudolph is under contract for the 2022 season after signing a one-year extension earlier this offseason. Haskins will be a restricted free agent next year, so can be relatively easily retained. Now is the time for him to prove that he belongs in the discussion. And now he has a lifelong partner with whom he can take this important next step in his professional life.