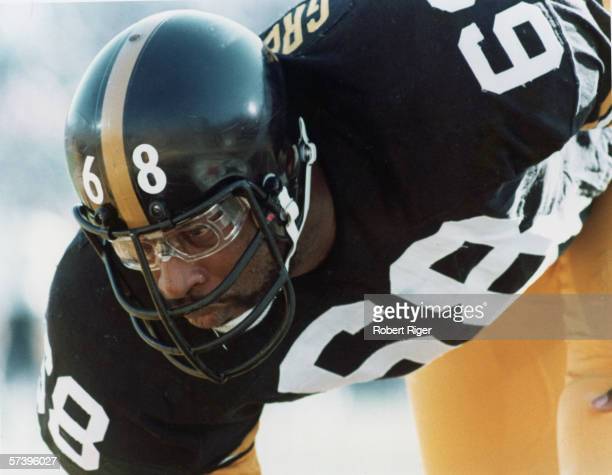 A few days ago, we went through the updated Pittsburgh Steelers’ regular season sack list thanks to Pro Football Reference’s unofficial numbers that track data from 1960 through 1981. Today, I want to shift the focus to postseason sacks. Who is the Steelers’ playoff postseason sack leader?

Using Stathead’s data filter, here are the results. Below is a list of Steelers with 5+ postseason sacks in their career.

Greenwood tops the list. Ahead of Harrison, Greene, and everyone else. That’s in large part thanks to his four sack performance in Super Bowl X, a 21-17 win over the Dallas Cowboys. To this day, Greenwood holds the record for most sacks in a Super Bowl. No other player in NFL history has more than three. He finished that postseason run with five sacks, only the second Steeler to ever have five sacks in one playoff run (Woodley is the other). Greenwood had at least one postseason sack during every playoff run sans one season, 1977 when the team went one-and-done against Denver.

Harrison and Woodley, the dynamic duo for several years, are tied with 11 of them. White and Greene round out the top five while Steve Furness is tied for sixth place with Joey Porter.

Odds are good Greenwood will remain in that top spot for a long time. Of active Steelers currently on the roster, only one has a playoff sack. That’s Cam Heyward with exactly one, which came all the way back in 2015 against the Bengals. Stephon Tuitt and TJ Watt are still searching for their first playoff sack.

Expand the sack list out to all-time numbers across the league, Greenwood is in the top five. Here are the leaders.

Tied for the fourth most sacks despite playing fewer games than all but one other player in the top five. So Greenwood is the Steelers’ all-time postseason sack leader and one of the league leaders too. This new information is an awfully compelling case to put Greenwood in the Hall of Fame, though the odds of him actually getting there are still – sadly – pretty low.