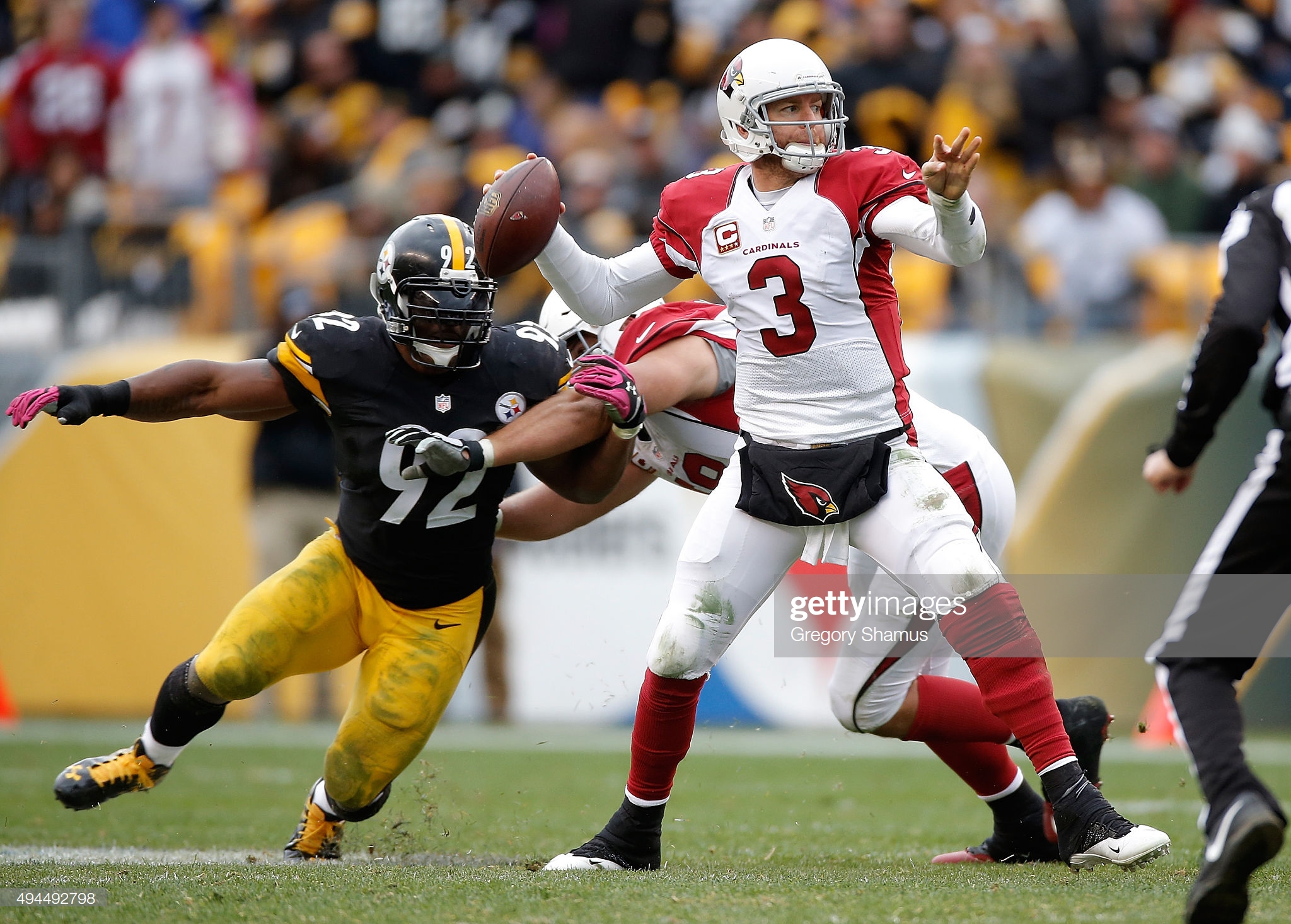 With the recent signing of FA EDGE Melvin Ingram, many Steelers fans have been discussing exactly what role the 3-time former Pro-Bowler will play for Pittsburgh’s defense. Some have suggested that Ingram would immediately come in and start over second year EDGE Alex Highsmith who saw increased play time after Bud Dupree went down last season to an ACL tear, playing well in his stead for the last half of his rookie season and is projected to make a considerable leap heading into 2021. Others see Ingram more as a depth signing to spell Watt and Highsmith on occasion, potentially being brought on the field with the other two edge rushers on passing downs as a situational pass rush specialist due to his ability to generate pressure from all over the defensive formation.

Given the decision to wait this long to sign a player of Ingram’s caliber, I would have to side with the latter in this instance, expecting Ingram to play in the 15-20 snap range on average per game depending on the situation and game script.

However, this shouldn’t be seen as a knock against Ingram as a player, as a decreased role in terms of snap count can still have a substantial impact on the Steelers defense in 2021. Look to none other than former fan-favorite James Harrison as a prime example of an edge rusher that was able to have an impact on the field despite not playing a full bevy of snaps on a game-in/game-out basis.

After Harrison returned to Pittsburgh after infamously leaving for a season spent with the division rival Cincinnati Bengals in 2013, Harrison proceeded to play another three full seasons in Pittsburgh, playing 432 defensive snaps in 2014, 611 in 2015, and 587 in 2016. Percentage-wise, this falls in-between the 44-56% snap range of Pittsburgh’s total defensive snaps during that time span.

Traditionally, Ingram has recorded 85-90% of the defensive snaps during his time with the Chargers in the seasons he remained healthy a full 16 games, managing on 69% of the snaps in 2019 while missing three games (688) and 35% of the snaps in 2020 (362) when he missed nine games with a knee injury that sent him to injured reserve. If he is fully recovered from said knee injury, there is little doubt that Ingram will be capable of playing 15-20 snaps per game with the room to add more depending on how Pittsburgh chooses to utilize him.

Both Harrison and Ingram share some similarities outside of potential role of part-time contributors on defense in terms of snap share as well. James Harrison comes in at 6’0, 242lb and was 36 in his second stint with the Steelers as more of a part-time player. Ingram is listed at 6’2, 247lb and currently is heading into his age 32 season. Both guys are of shorter stature and are stout run defenders that utilize their strength and leverage to get underneath blockers to set the edge against the run or rush the passer.

Given the addition of a 17th game to the schedule, I don’t think it would be out of the question for Ingram to get to that five-sack range should he be healthy in 2021 to have a similar impact as a situational pass rusher much like Harrison did in his second stint in Pittsburgh.

Another player that could be compared to Ingram from a part-time edge defender perspective is his former teammate and mentor Dwight Freeney. As I mentioned in my sack breakdown on Ingram, Freeney was Ingram’s teammate his first two seasons in the league and undoubtedly left an impact on Ingram’s development as evidenced by the famous spin move he has added to his pass rush repertoire. Freeney joined the Chargers at the age of 33 during Ingram’s rookie season, only playing in four games his first season there but started 9-of-16 games in 2014, notching 3.5 sacks on 572 snaps (55%).

He then went on to Arizona where he played only 256 snaps on defense (25%), but amassed eight sacks, three forced fumbles and nine TFLs in 11 games played, none of which he started.  Freeney then signed with the Flacons in 2016 and started one-of-15 games played, playing 415 snaps (37%) and recorded three sacks and ten TFLs.

Freeney is cut from the same cloth as Ingram and Harrison in terms of stature, standing 6’1, but weighed in a little heavier at 268lb during his playing career.

After watching how both Harrison and Freeney were utilized as limited snap edge defenders, I think we can logically expect Ingram to fit into a similar role with Pittsburgh in 2021. Realistically, we can expect a player like Ingram, if healthy, to log anywhere from 300-to-500 snaps on defense through the course of a 17-game season given the role he is asked to play and if DC Keith Butler plans on having him on the field with both Watt and Highsmith in certain packages. This would match up with what Harrison and Freeney both saw from a snap perspective, in which they were able to log between 3-8 sacks on the season.

Remarkably, the best season from a sack perspective was in 2015 when Freeney only played 11 games and logged 25% of snaps without a start, but still managed to rack up eight sacks on the season. Let’s remember this was when the Cardinals were a major contender pushing for the NFC Championship Game and had support from the rest of a strong defensive unit to take pressure off of him and allow Freeney to stay fresh to hunt the QB.

While eight sacks may be a lofty goal for Ingram, I would argue he is the best athlete of the three at this stage of his career compared to their tenures as part-time defenders with their respective teams and could be in-line for a productive season being allowed to come in fresh to rush the passer with Watt and Highsmith likely playing a majority of the snaps on defense.

He will be motivated to produce to earn a nice contract next offseason, so there should be no lack of effort to play at a high level, no matter how many snaps he sees on defense.

Personally, I would have to expect that Ingram produces no lower than three sacks on the season while five-to-six sacks being an attainable, realistic goal. Regardless, this signing adds experience, depth, and another element to an already vaunted pass rush unit upfront. Ingram should be able to contribute right away in Pittsburgh while also help in the development of Alex Highsmith and T.J. Watt much like his mentor Freeney did for him.

What are your thoughts on the potential role of Melvin Ingram in Pittsburgh in 2021? Do you think he can have a similar impact to James Harrison during his second stint in Pittsburgh? Is there an argument he could make a greater impact on the field if fully recovered from his injury? Please leave your thoughts in the comments section below and thanks again for reading!