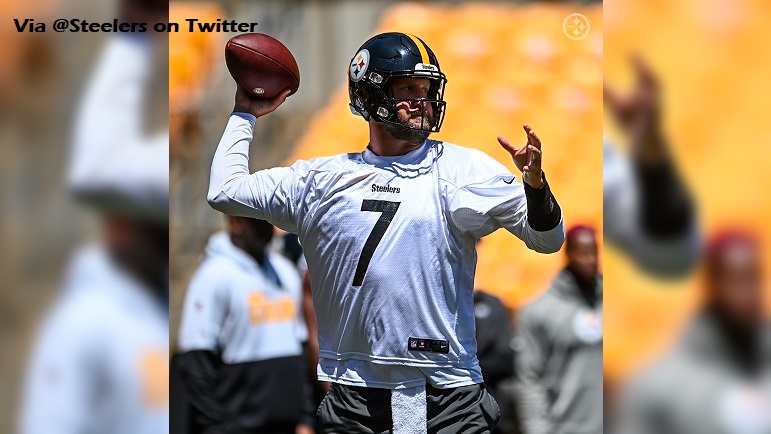 What are your options when you find yourself between a rock and a hard place? That’s where the Pittsburgh Steelers were—or perhaps, are—when it comes to their quarterback position right now, especially in light of the dire salary cap situation hanging over the 2021 season.

With the cap dropping by about $15 million from last season, teams had to scramble to create space, and the Steelers basically had to decide whether or not to restructure Ben Roethlisberger’s contract or simply ‘retire’ him, since he likely would not have chosen to play for another team if released.

They chose the former, adding four void years to the end of his deal and taking back $5 million in a straight pay cut, between base salary and other bonuses due. Ed Bouchette over at The Athletic called it the Steelers’ best move of the offseason:

Ben Roethlisberger returned for his 18th season and took a pay cut to do so. Whether it was his suggestion as he says or at the behest of the team, it got done and his actual $5 million pay cut along with his restructured deal saved the team more than $15 million under the cap. That opened the door to re-sign free agent WR JuJu Smith-Schuster, DL Tyson Alualu and possibly keep cornerback Joe Haden. It was a rare move for a quarterback of Roethlisberger’s stature, and his return also gives the Steelers their best choice at QB.

There will be others who contend that it was the worst move that they could have made. Shackling themselves to a quarterback who can no longer get the job done. Pushing more dead money into the future to add further burden.

But if it’s about giving yourself the best opportunity to win this year, I don’t think there was an alternative, and, as I said, they weren’t necessarily in a position in which they had any ‘good’ answers. They simply had to do something.

Really, though, time will tell as to what their best move would be. I would hope that it proves to be the decision to promote Matt Canada to offensive coordinator, which has the potential to be their most significant decision, especially given that he will still be here, ostensibly, to coach Roethlisberger’s successor, as well.

The reality is that there are many who feel they have had a miserable offseason, even within the scope of their options. They re-signed Cameron Sutton and Zach Banner to significant contracts while cutting Steven Nelson and letting Mike Hilton and others go in free agency. Did they use their cap space wisely? The 2021 season will provide those answers.